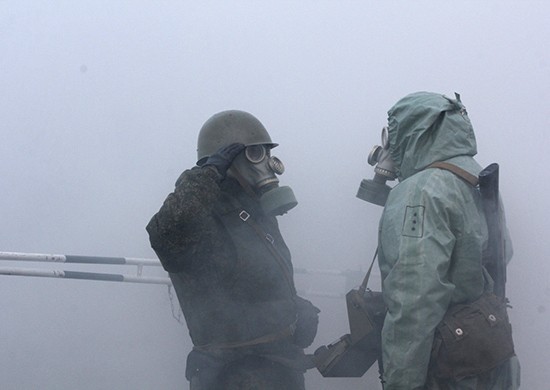 The training took place in the village of Shonguy, south of Murmansk City, and included more than 500 men and 50 pieces of military hardware, the Northern Fleet press service informs.

During the 3-day exercise, soldiers built a temporary bridge across the Kola River and successfully tested it with cars and armored vehicles.

However, the part most worth-while watching was the counter-terrorist training, the Navy press service says.

The terrorists first applied chemical weapons against the marines, whereeupon they attacked by foot and with quadricycles across the bridge. The Northern Fleet soldiers took on their protection gear and successfully pushed back and eliminated the terrorists with the use of gun fire, mines and a Ka-29 attack helicopter.