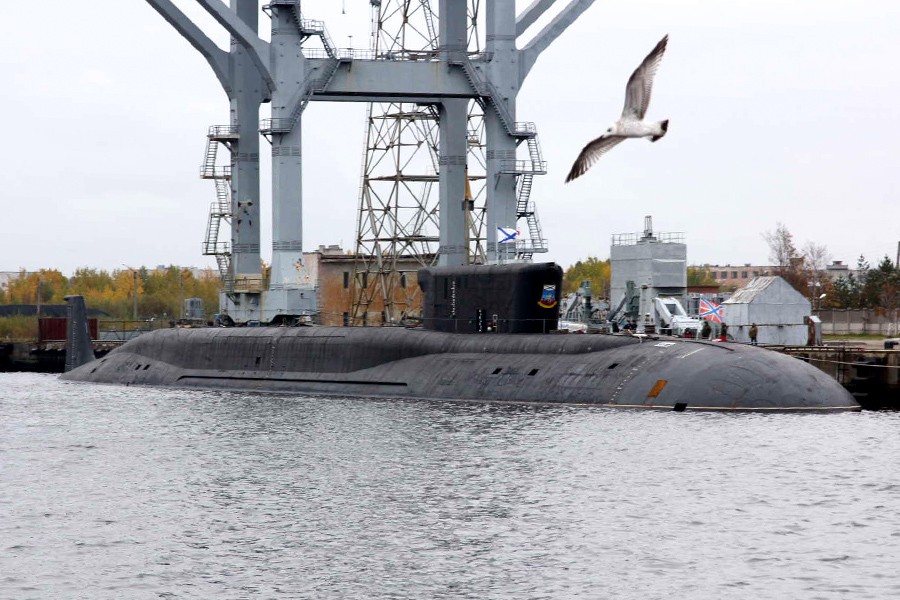 «Yury Dolgoruky» (K-535) was the third Borei-class submarine to start sailing for the navy. Photo: Mil.ru

This week marks the 50 years anniversary since the Soviet navy’s first ballistic missile submarine (SSBN) was commissioned. The K-137 Yankee class, the first to be comparable with the U.S. Navy’s Polaris SSBNs, was cleared from the naval yard in Severodvinsk on November 5th and started to sail for the Northern fleet on November 6th 1967.

With 34 of the Yankee class commissioned between 1967 and 1974, and additional 43 of the follow-up classes Delta-I to Delta-IV built between 1973 and 1990, the vessels became the world’s most numerous submarine design carrying ballistic nuclear missiles. There are still some few Delta-III submarines sailing for the Pacific Fleet and six Delta-IV submarines sailing for the Northern Fleet. All Delta-IV subs are based in Gadzhieyevo on the Barents Sea coast of the Kola Peninsula.

In a longer interview with the military newspaper Krasnaya Zvezda (Red Star), Navy Commander Admiral Vladimir Korolyov last week informed that the forth of the new Borei-class submarine, named «Knyaz Vladimir» (Prince Vladimir) will be put on water from the dock at Sevmash yard later in November.

«Knyaz Vladimir» is the first of the upgraded Borei-class, named Project 955A in Russia. Little information is available regarding what constitutes the difference with the previous three Borei subs. The submarine will start sailing for the navy in 2018.

With four Borei-class submarines on the water, and anther four still under construction, the vessels will gradually replace the Delta-III subs in the Pacific fleet. For the Northern Fleet, though, it is expected that the Delta-IV class submarines will be in active service for another 10 to 15 years alongside the new Borei submariens.

«Knyaz Vladimir» is powered by one nuclear reactor, has a crew of 130 and carries 16 ballistic missiles.