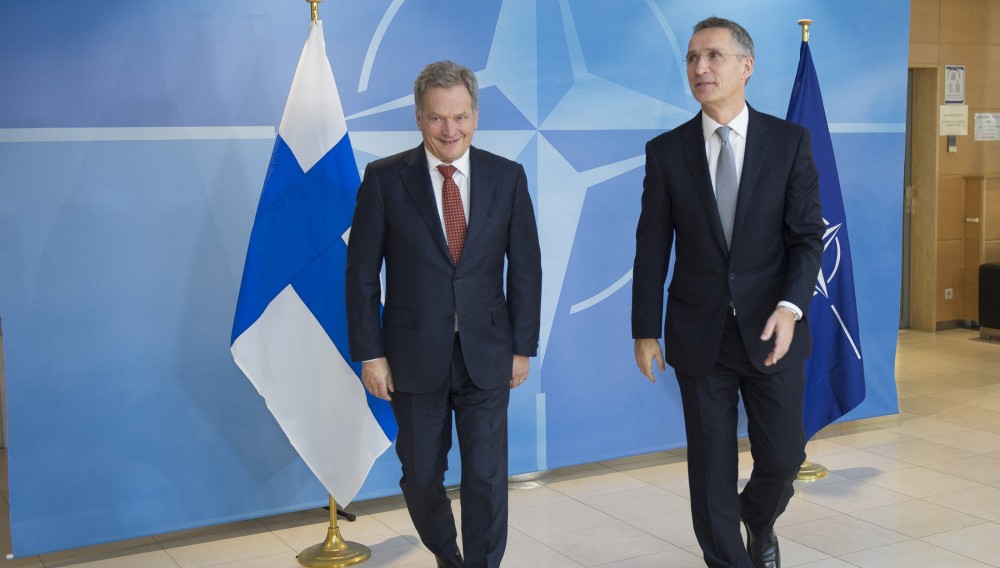 A majority of Finns still believe that Finland should remain outside the NATO military alliance, according to the latest Yle-commissioned poll.
Read in Russian | Читать по-русски
By

More than half of respondents, 53 percent, polled by Taloustutkimus for Yle believe that Finland should not become a member of NATO.

Only 19 percent of respondents said yes to Finnish membership in the alliance. This figure has fallen noticeably compared to corresponding polls in 2015 and 2014.

When asked if Sweden were to join NATO would they back Finland also taking up membership, 30 percent said yes.

On the other hand, 50 percent believe that Finland should remain outside NATO, even if Sweden joins. 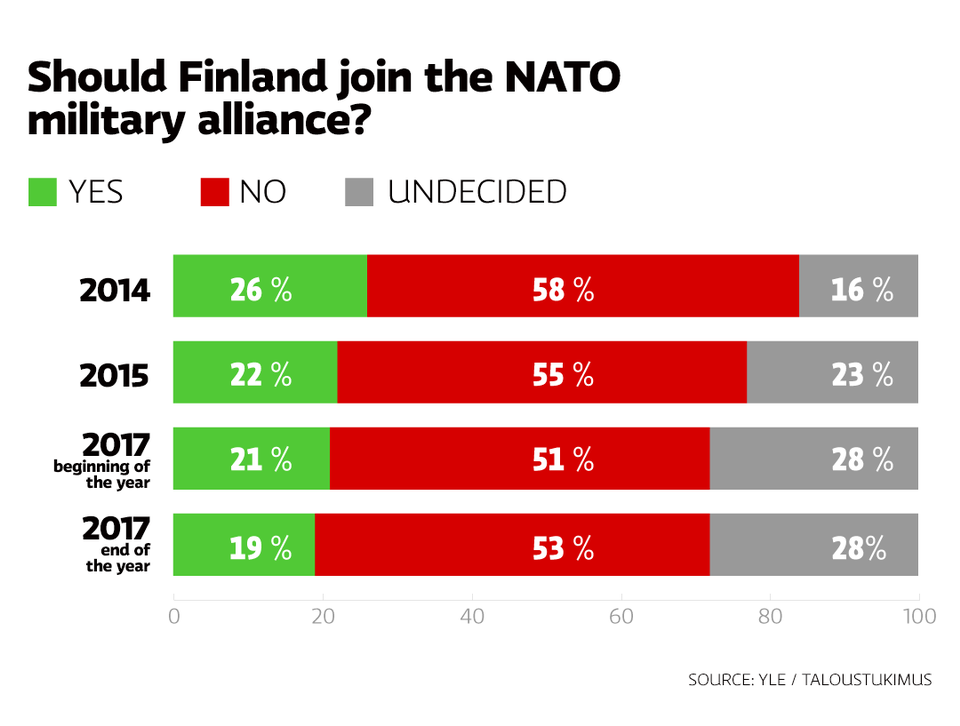 Support for a referendum on NATO membership has declined from 63 percent in 2015 to 54 percent in this latest poll.

Backing for a vote is highest among supporters of the Social Democratic Party, the Centre Party, and the Finns Party. The lowest level was among voters from the Swedish People’s Party and the conservative National Coalition.

President Sauli Niinistö has expressed the view that a decision on possible Finnish NATO membership would require a referendum.

Many respondents to this poll, 28 percent, are undecided on the membership issue.

1,005 Finns were interviewed for the poll, conducted by Taloustutkimus in late November and early December. The margin of error is 2.5 percentage points.