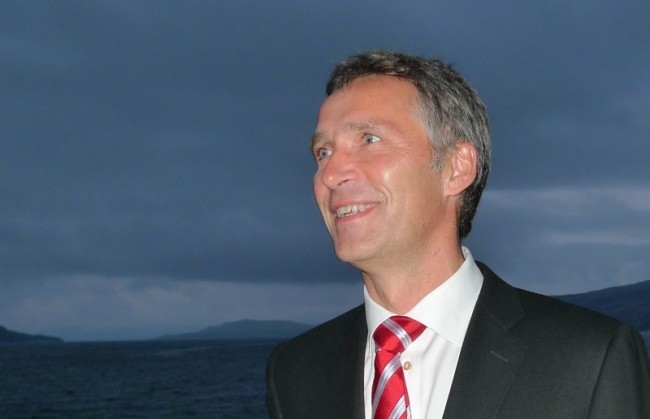 Despite recent sabre-rattling, both the United States and Russia have met the limits set for the nuclear arsenal under the New START Treaty, which enters force today.
Read in Russian | Читать по-русски
By

Monday, February 5 marks the deadline for fulfilling the commitments under the Strategic Arms Reduction Treaty (New START). The agreement was signed in Prague in 2010 and entered force on February 5, 2011. The United States and Russia then got seven years to reduce their numbers of strategic nuclear warheads down to 1,550 on each side.

Last October, the Barents Observer reported, with reference to the official exchange documents, that Russia just had six more warheads to go before fulfilling its obligations. Today, the U.S. Department of State reports that U.S. strategic nuclear forces have been at or below the New START Treaty’s limit since August last year.

Speaking at a seminar in Oslo on Monday, NATO Secretary General Jens Stoltenberg confirmed to reporters that both Russia and the United States now are on or below 1,550 strategic warheads. The two countries also within the limits set for deployed and non-deployed intercontinental ballistic missiles, heavy bombers and submarine-launched ballistic missiles.

Treaty goal reached, Jens Stoltenberg though, told the audience that the world has become a more dangerous.

There are no reports on reduction in warheads deployed on the Sineva- and Bulava missiles carried by the Russian navy’s fleet of Delta-IV and Borei-class submarines. It is therefore reasonable to believe that the reduction counts for less warheads deployed on land-based ballistic missiles, either in silos or mobile based or for heavy nuclear bombers; aircrafts.

With Gadzhiyevo on the Kola Peninsula as home port, the Northern Fleet operates six Delta-IV submarines and one of the Borei-class. Each of the submarines can carry up to 64 nuclear warheads, four in each of the 16 missiles on board. That would be 448 in total for the operational submarines sailing the Barents Sea and Arctic waters. Additionally, yet another Borei class submarine with Bulava missiles will this year start sailing on patrols for the Northern Fleet.

The future of the New START Treaty, however, could be in jeopardy. President Trump has repeatedly since elected last year said the treaty is a “bad deal” for the Untied States and made it clear he supports rearmament and modernization of the country’s nuclear arsenal.

Moscow warns the US

On Friday, Russia’s Foreign Ministry issued a statement slashing out against the US nuclear plans. “We are deeply disappointed with the new US Nuclear Posture Review, which was made public on February 2. The first impression is: the document is focused on confrontation and is anti-Russia,” the Foreign Ministry statement reads.

Russia says it is ready, if needed, to take countermeasures. “Of course, we will have to take into account the new US plans and to take measures to enhance our security,” the Foreign Ministry in Moscow warns.

At any given time, at least a few hundred nuclear warheads are sailing the Barents Sea and Arctic Ocean on board submarines on combat readiness patrols.