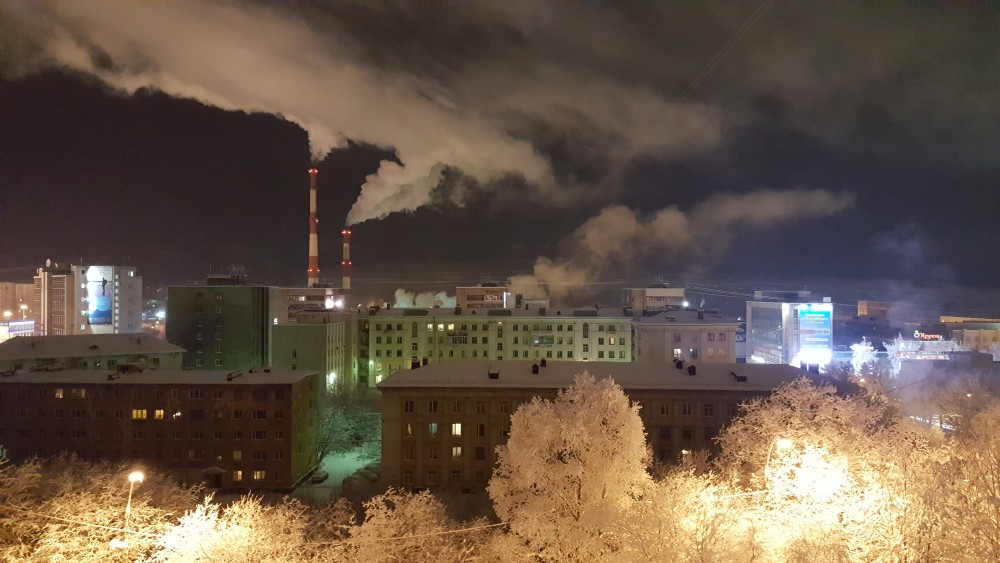 They operate Russia's most advanced nuclear powered submarine, but are left without heating and hot water

Residents in the closed military town of Zaozersk on the Barents Sea coast are left in freezing cold as the municipal heating network is shut down.
Read in Russian | Читать по-русски
By

Zaozerk is the westernmost naval town basing Russia’s Northern Fleet submarines. Located about 60 kilometres from the border to Norway, the town is home for submarine crews and their families.

The base is homeport for Russia’s most advanced 4th generation nuclear powered multi-purpose submarine, the “Severodvinsk” of the Yasen class. With an estimated cost of $1,5 billion and a construction period of nearly 20 years, the first vessel of the class was commissioned in 2013 and approved to sail for the Northern Fleet in 2016.

Additionally, several other nuclear powered submarines, including a few Oscar-II class subs, are based at the piers in Bolshaya Lopatka, the naval facility served by the officers living in Zaozersk.

Temperatures in the area were varying between -15 to -22º Celsius on Sunday and Monday.  It is regional news agency B-Port that reports about the breakdown of the heating system in Zaozersk. More than 840 of the citizens in the town are left without heating. No explanation for the breakdown is given.

Like most cities in northern Russia, also Zaozersk has a centralized heating system with a boiler house providing steam heat and hot water through pipelines to apartment blocks and municipal buildings.

According to B-Port, the heating system in Zaozersk is “commonly breaking down” – a situation that the news agency earlier has reported being heavily criticized by Murmansk Governor Marina Kovtun.

Last week, Governor Kovtun criticized town authorities in Zaozersk for not ensuring enough fuel supplies to the heating plant. Boilers at the heating plants in the Murmansk region are fuelled by Mazut, a heavy low quality fuel oil containing high amounts of sulphur. Mazut is produced from the remains of raw oil processing and is sold at lower prices than most other fuel oils.