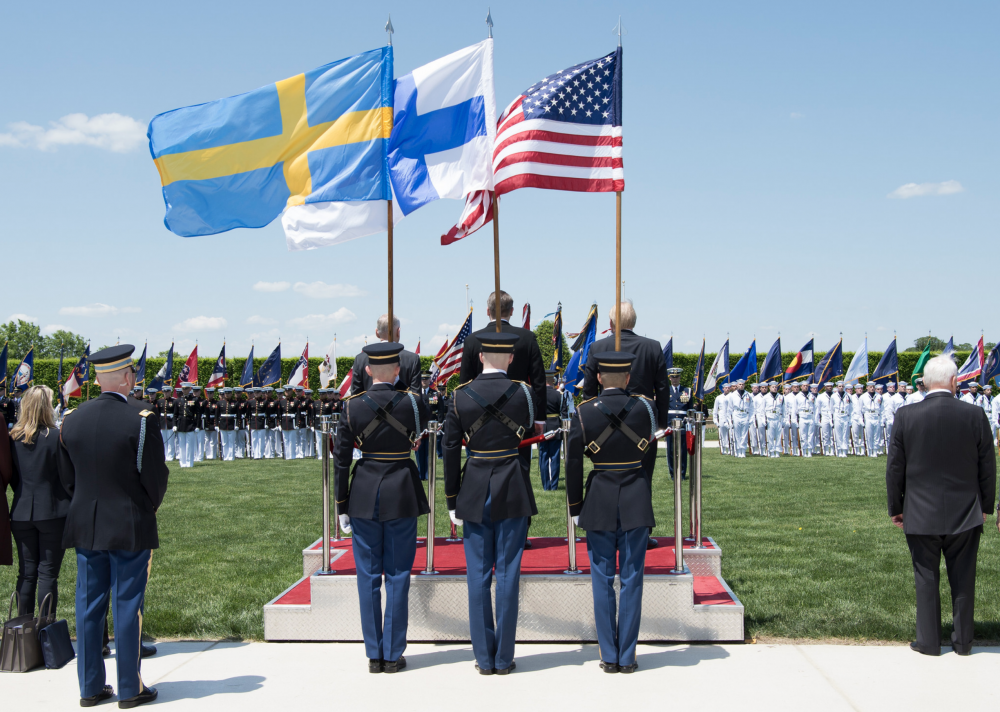 Defence Ministers from Finland, Sweden and the United States are scheduled to meet in Washington to discuss military cooperation between the three countries and the overall security policy situation, according to a press release from Finland’s defence ministry issued on Monday evening.
Read in Russian | Читать по-русски
By

The three defence ministers will also sign a trilateral statement of intent (SOI).

The ministry said the new SOI “compliments and brings together” earlier agreements, aims to ensure that there are no overlapping activities and that competitive situations are avoided in international military drills and training exercises.

Finnish researcher and expert in US foreign and domestic policy, Charly Salonius-Pasternak said he thinks the new agreement is significant.

“The agreement simplifies the management of a growing number of [military] exercises and eases the exchange of information between the countries ,” Salonius-Pasternak told Yle.

That increase in sharing of information, Salonius-Pasternak said, could deal with weapons systems available to all three countries.

Swedish daily Dagens Nyheter quoted the country’s defence minister Hultqvist saying that the agreement aims to increase stability through a heightened US military presence in Europe.

“It appears that it [the agreement] has been seen as necessary to create better conditions for US military representation in Finnish and Swedish defence matters,” he said.

Niinistö is also scheduled to make a presentation on the Baltic Sea region’s security situation at an Atlantic Council seminar on Tuesday, according to the ministry.

This is on display in the Murmansk victory parade