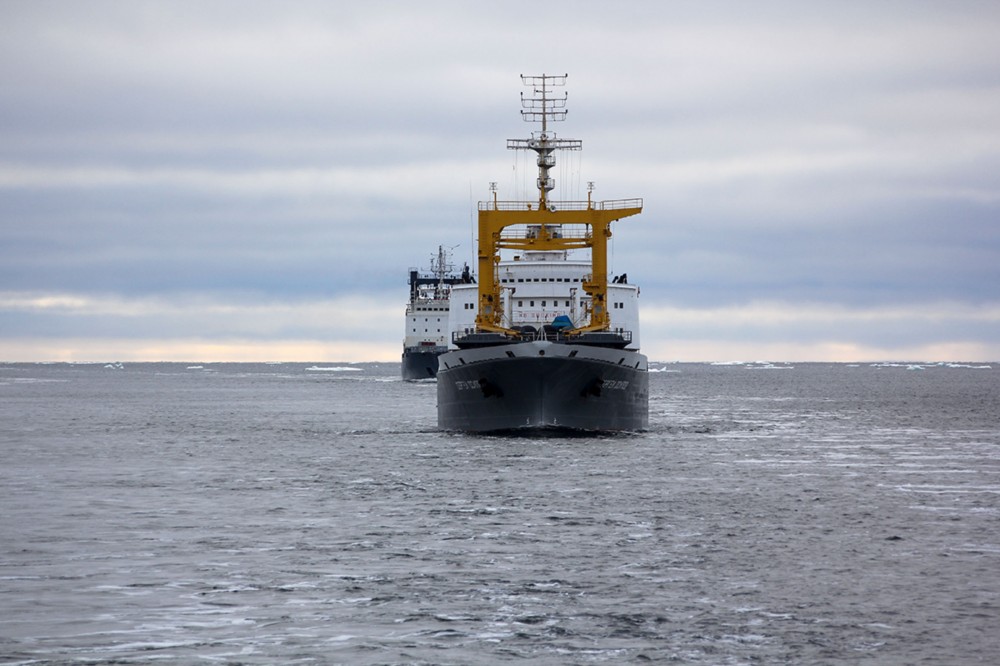 A total of 38,000 tons will this summer be shipped to the Northern Fleet’s remote outposts.
Read in Russian | Читать по-русски

The Northern Fleet has made everything ready for the shipments to the bases located along the country’s Arctic coast and archipelagos. A total of 38,000 tons will be shipped to the bases, the Russian military press service says.

The goods include winter supplies, much of it fuel. The first shipments will be made in early summer to military objects along the coast of the Kola Peninsula and the White Sea. Later, when the ice retreats, the bases in the Novaya Zemlya, Franz Josef Land and Severnaya Zemlya will be supplied. The remote base of Kotelny in the New Siberian Islands will get the shipments only in August-September, the press service of the Northern Fleet informs.

Military supply vessels are capable of delivering major amounts of goods to Arctic coastlines without infrastructure. Occasionally, smaller vessels are used to bring the goods from big supply ships to the coast. Also aircrafts are being applied in the supply operations, the Northern Fleet says.

Russia has over the last few years invested heavily in the development of new and upgraded Arctic bases. Among the biggest projects are the new facilities at Kotelny in the New Siberian Island. The base was reportedly ready to be handed over to the Northern Fleet in mid-December 2016. Included in that project is the upgraded Temp airfield and the 12,000 square meter big trefoil-shaped Severny Klever housing and administration complex.

In April 2017, the 14,000 square meters military complex at the Nagurskoye base on Aleksandra Land, the northernmost of the islands of Franz Josef Land, was completed and ready for use.