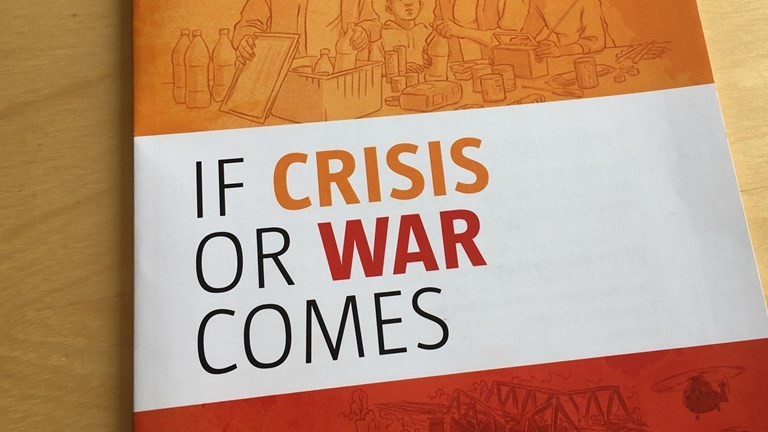 The cover of the English version of MSB’s brochure If Crisis or War Comes. Photo: Nathalie Rothschild/Radio Sweden

A brochure titled If Crisis or War Comes will soon be sent out to all Swedish households. The Civil Contingencies Agency is behind the initiative – the first of its kind since the Cold War.
Read in Russian | Читать по-русски
By

The aim of the pamphlet is to help Swedes become better prepared for everything from serious accidents and extreme weather to IT attacks and military conflicts. Nevertheless, Dan Eliasson, director-general of the Civil Contingencies Agency (MSB), says there is “no cause for alarm”.

“We want to give support regarding how to prepare for an emergency or a crisis because it can happen, but Sweden is still a safe country to live in,” Eliasson told Radio Sweden.

Project manager Christina Andersson said her team has put considerable effort into ensuring people who do not speak fluent Swedish get the information. Her team, she said, is also aware that many newly arrived immigrants have come from countries that are already at war or in deep crisis.

“To that group we want to say that we don’t send out this brochure because of any acute danger…But people have the right to know what can happen,” Andersson said.