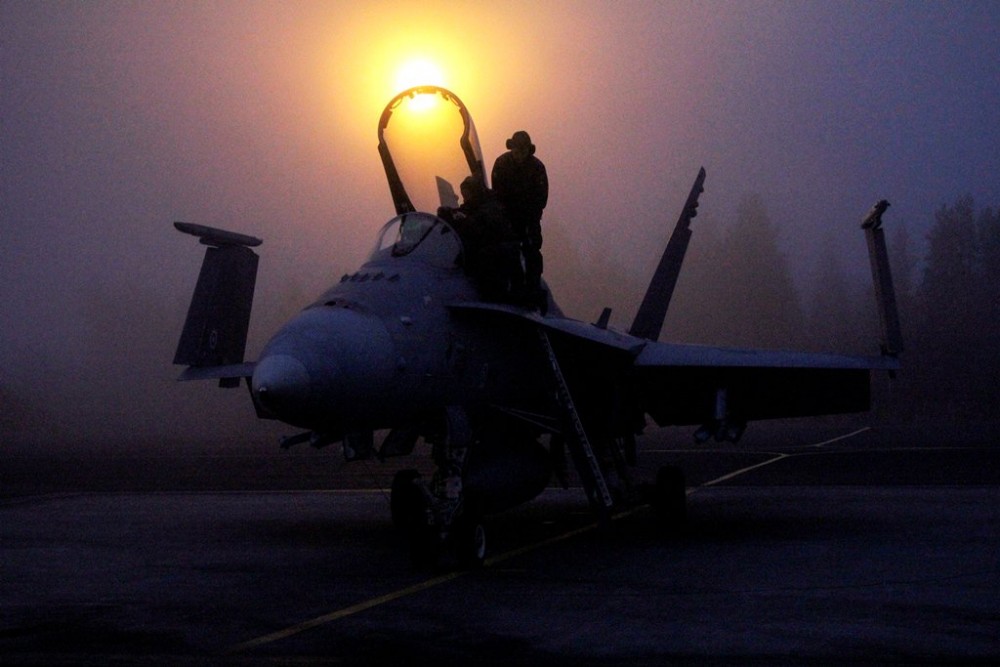 Last week of June will be noisy along Europe’s eastern border to Russia with exercises both in Finland and in the Baltic.
Read in Russian | Читать по-русски
By

In the north, Rovaniemi Air Base will host Arctic Fighter Meet 2018, an exercise involving Finland, Norway and Sweden. Four F-16 from Bodø Air Base will enter Finnish airspace. So will four Gripen from Luleå Air Base. Finland participates with four F/A-18 Hornet and two Hawk training jets.

Arctic Fighter Meet has been organized regularly since 2003 and is part of the Nordic defense cooperation and helps the pilots readiness to perform cross-border air-to-air operations.

Combat flight trainings the same week will also involve another set of Norwegian and Swedish fighter jets over Finnish air space. NATO’s Ramstein Alloy 2018 exercise kicks off on June 26 and will last for three days in the airspace over southern Finland and the Baltic area. Additional to the Nordic fighter jets, participating aircraft come from from Estonia, Germany, France, the Netherlands, Poland, Lithuania, Spain and Portugal.

This is the second Ramstein Alloy exercise this year. The first one took place in April drilling NATO and partners capability and interoperability in Baltic airspace.