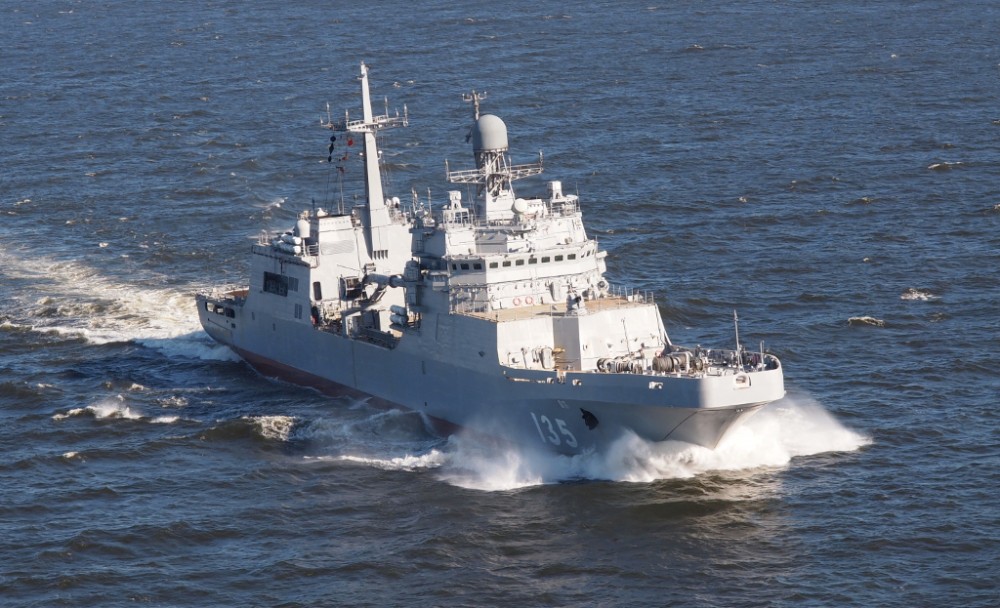 The warship will be handed over for service on June 20 after years of delay and test-sailings.
Read in Russian | Читать по-русски
By

14 years after construction started, «Ivan Gren» is ready to set sail for the Barents Sea from the Yantar shipyard in Kaliningrad. The ship will be the Northern Fleet’s largest landing vessel, capable of carrying 13 main battle tanks or 36 armored personnel carriers, news agency TASS reports. United Shipbuilding Corporation informs the test-sailings in the Baltic Sea ended in early May this year. It is TASS that says the ship is expected to join the Northern Fleet.

It is more than 20 years since Russia’s Northern Fleet had a landing vessel larger than the one to be handed over to the navy this week. In 1997, «Aleksandr Nikolayev» was placed in reserve.

Nowadays, the Northern Fleet has the four landing ships «Kondopoga», «Aleksandr Otrakovskiy», «Greogiy Pobedonosets» and «Olenegorskiy Gornyak» - all built in the period from 1976 to 1985. The vessels have in the latest years regularly participated in Arctic drills along the Northern Sea Route to New Siberia Islands and in exercises along the western coast of the Kola Peninsula, especially on the Fishermen Peninsula a few tens of kilometers from the border to Norway. This week, three of the landing ships take part in the alarm-drill said to be the largest Barents Sea exercise over the last 10 years.

Another ship similar to «Ivan Gren» was launched from the Yantar shipyard earlier this year. The ship, «Petr Morgunov» is supposed to sail for the Black Sea fleet when ready.