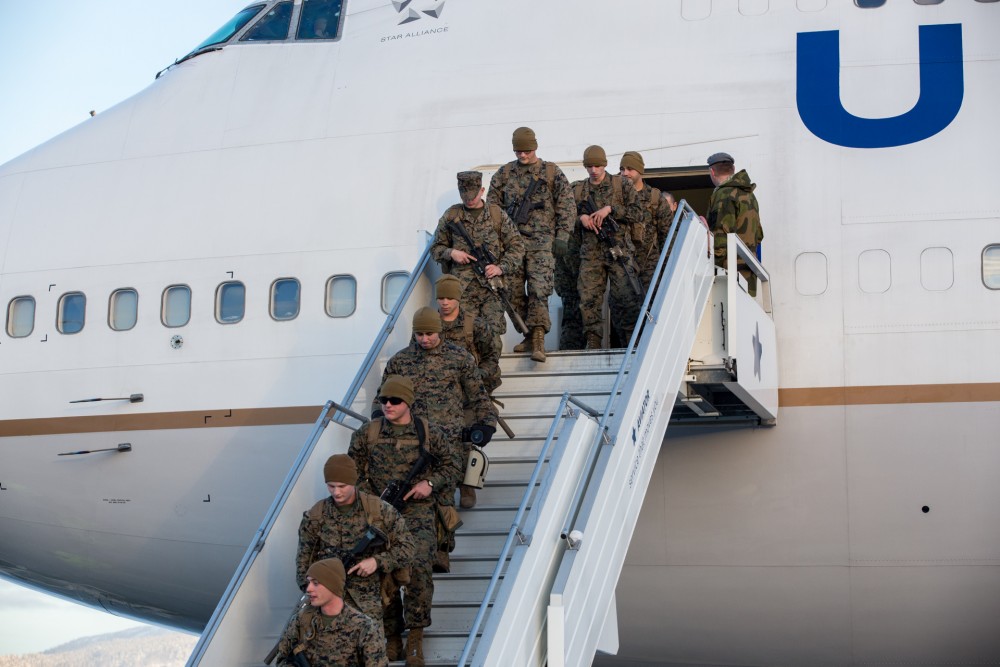 Strong-worded message from Russia’s Oslo Embassy warns about consequences of U.S. Marines based in Norway.
Read in Russian | Читать по-русски
By

“We see it as clearly unfriendly and it will not be without consequences,” the Embassy writes in a Facebook-statement after the Norwegian Government earlier this week said it would invite more U.S. Marines.

“This makes Norway less predictable and can increase tensions, trigger an arms race and cause destabilisation of the situation in Northern-Europe,” the statement reads.

U.S. Marines have been at Værnes Air Station since January 2017 with about 300 soldiers on what the Norwegians call a “rotational deployment” which means the marines are exchanged with others after a six-months period.

Now, Norway invites for a five years prolongation of the deal and wants to see the numbers boosted to 700. Additionally, and maybe even more controversial for Russia, the government says the U.S. Marines could also stay at Setermoen camp in Troms, much further north in the country and closer to Russia’s border than the air base outside Trondheim.

The Russian Embassy says Norway’s assurance that the U.S. Marines are not based permanently, but on rotation, is misleading. “Even if persons are exchanged, the presence is continuous,” the statement reads and points to this as a contradiction to Norway’s 1949-decission not allowing foreign powers to have military bases in the country in peace-time.

Norway’s Minister of Defense, Frank Bakke-Jensen says it is not a question about any permanent military base.

“We have to make sure NATO-soldiers from other allied countries get experience with Norwegian conditions and that Norwegian and allied soldiers learn to operate together,» Bakke-Jensen says. «That’s the reason why we want to prolong and expand today’s arrangement with the U.S. Marine Corps.”