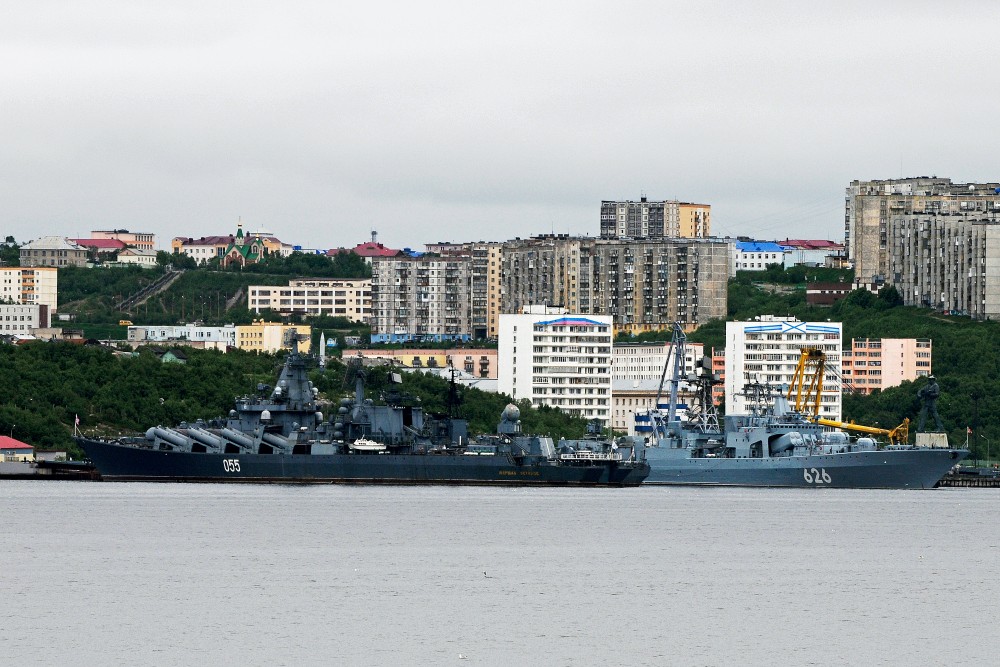 Three larger warships en route from Severomorsk to the Baltic

The navy vessels are now sailing out to the Barents Sea preparing for voyage around Scandinavia towards St. Petersburg.
By

Making ready for display at the annual day of the Russian Navy on July 29, three of the largest warships currently in operation with the Northern Fleet now sail out from the main base in Severomorsk. Like last year, the main naval parade takes place at Kronstad outside St. Petersburg, the press service of the Northern Fleet reports.

Sailing west in the Barents Sea before turning south after North Cape in to the Norwegian Sea, the convoy of warships is expected to be outside the coast of Norway for less than a week. Then, the route goes through Skagerak towards Storebælt in Denmark and further to the Baltic Sea before St. Petersburg.

In April, the Barents Observer quoted local media in St. Petersburg about the participation of a Northern Fleet submarine of the Oscar-II class to the Naval Parade. The press-service of navy says nothing about any submarine sailing together with the surface vessels today.

Last Sunday, the Kilo-class diesel submarine “Vladikavkaz” sailed in to the Baltics en route from the Kola Peninsula, the German newspaper Kieler Nackrichten reports. It is unclear whether the submarine will team up for the navy parade in St. Petersburg.