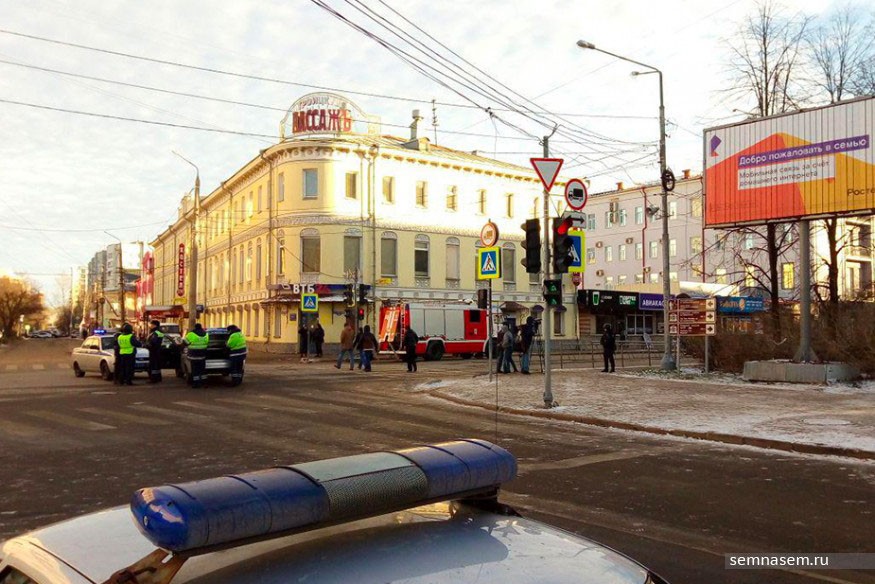 Heightened security in Arkhangelsk after blast in FSB headquarters

One teenage bomber died and three were injured when an explosion rocked the premises of the regional security police.
Read in Russian | Читать по-русски
By

Regional authorities in Arkhangelsk say that they are taking all necessary measures to strengthen security around public institutions and local key sites.

The alert comes after an explosion destroyed parts of the local FSB building. The blast reportedly took place inside the entrance area of the building.

According to the Federal Anti-terrorism Committee an individual at 8.52 am entered the building and took an explosive device out of bag, whereupon the object exploded in his hands. The perpetrator died and three FSB officials were injured, a statement from the committee reads.

According to 7x7-journal, the act had shortly before been announced through social media by a local.

«The circumstances of the incident are now being studied [and] law enforcement authorities and power structures have taken all needed measures aimed at securing and strengthening the security regime around public and state institutions and places where locals gather.»

Update: Investigators quoted by TASS say the bomber was a 17-year old boy who reportedly brought a bag with explosives inside the entrance of the FSB building downtown Arkhangelsk. He died as the explosive device exploded in his hands.