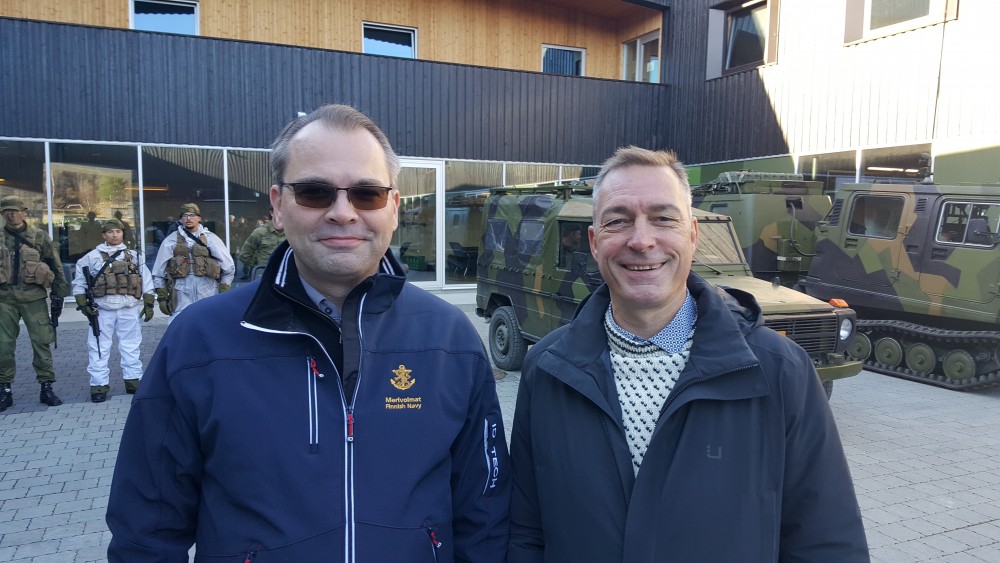 But Moscow warns that Sweden’s and Finland’s participation is jeopardizing regional stability.
Read in Russian | Читать по-русски
By

In a joint newspaper article, the defense ministers of Sweden, Norway, Denmark, Finland and Iceland highlight their common efforts to defend the Nordic region.

The article published in Dagens Nyehter comes as Trident Juncture, the biggest Nato exercise in decades, kicks off along the coast of Norway. There are more than 13,000 Nordic soldiers participating, about 6,000 of them from Norway.

«We, the Nordic countries, have chosen different solutions for our national security, but we are neighbors in the north [and] a security crisis in our neighborhood would affect us all,» the ministers say.

«The Trident Juncture is a unique opportunity for Nato and its partner countries like Sweden and Finland to test their ability to operate jointly in the challenging Nordic climate, from the Norwegian mountains and valleys to the rough waters of the North Atlantic and Baltic Sea,» they underline and add that «this does not only make us better to protect ourselves but also strengthens bonds between our countries and sends a strong signal to the one that would like to force upon us its will by means of military power.»

The Nordic countries have for years strengthened its military cooperation and non-alliance countries Sweden and Finland are increasingly integrating their armed forces with Nato.

It has been a thorn in the eye of Russia, which sees the development as a possible loss of influence in the region.

In a comment from the Russian Foreign Ministry, press spokeswoman Maria Zakharova says that course of Finland and Sweden «does not lead to a strengthening of stability and security in northern Europe, nor in the European continent as such.»

In her weekly press conference on Thursday,  Zakharova underlined that the countries’ approach imply «real risks of a degradation of the situation in the region,» and accused the USA for wanting to «lower the level of security in Europe.»

«We see the action of the North Atlantic Alliance as an attempt to use the military and political potential of Finland and Sweden as part of its own opportunistic task to contain Russia based on an absolutely false and invented pretext.»

Meanwhile, the five Nordic defense ministers in their joint article underline that they «do not see any military threats against the Nordic region today.» But the big neighboring country in the east is clearly seen as a potential threat. «Russia has shown both willingness and capacity to apply military force to achieve strategic goals», they underline.

«Cyber attacks and disinformation is actively applied to create division between people in Europe as well as the USA which subsequently challenges democratic institutions and our ability to reach common conclusions.»

The 13,000 Nordic soldiers are part of a more than 50,000 people force that will train for almost 14 days. About 2,400 personnel from Finland take part, a force that includes an infantry company, an amphibious task force, naval and coastal troops in addition to the air force.

Sweden is participating with around 2,200 personnel and has seven Jas 39 Gripen fighter jets and two Visby corvettes in action, the Swedish Armed Forces say.

The Danish force counts about 1,300 soldiers, including a 60-person unit specializing on handling of chemical, biological and nuclear threats, the country’s military says.

Infrastructure and bases in all the five Nordic countries will be applied, including the airfields in Rovaniemi, northern Finland , and Kallax, northern Sweden.