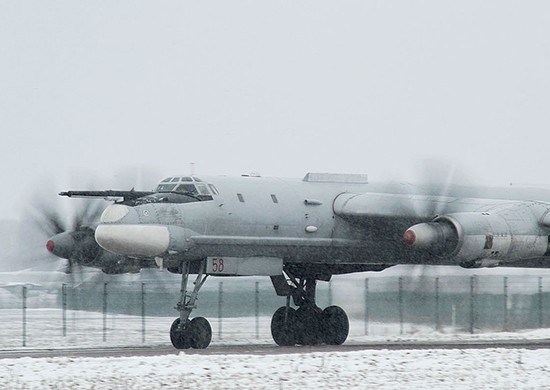 Four strategic-bomber missions in a week along coast of Norway

On Friday, Norwegian F-16 fighter jets were again scrambled to meet a pair of Tu-95 flying south from the Barents Sea.
Read in Russian | Читать по-русски
By

NATO runs the Trident Juncture exercise in southern Norway and Russia expresses its dissatisfaction by sending naval vessels, surveillance aircraft and long-range bombers near the area of the exercise.

This week alone, long-ranged bombers have been on four missions flying from the Barents Sea to the North Sea along the coast of Norway where Trident Juncture wargame is played. It is the military news site Aldrimer.no that report about about the four missions over the last six days with reference to Norwegian military officals.

The flights happened on Saturday, Monday, Thursday and Friday.

Norwegian F-16 fighter jets were scrambled all four times. The F-16s are part of NATO’s Quick Reaction Alert (QRA), normally based at Bodø airbase north of the Arctic Circle. F-16s have also been observed at Lakselv airport in Finnmark local media reports.

Russia’s strategic bombers, the supersonic Tu-160 and the propeller Tu-95 are all based at airports in southern Russia, but flies north and out of the Kola Peninsula to the Barents Sea when on missions to the Arctic or en route to the North Sea area.

Flying the Barents Sea route and around the coast of Norway is the only ‘gateway’ to international airspace from the European part of Russia. Military aircraft from Russia have never i post-Cold War times violated Norwegian air space.