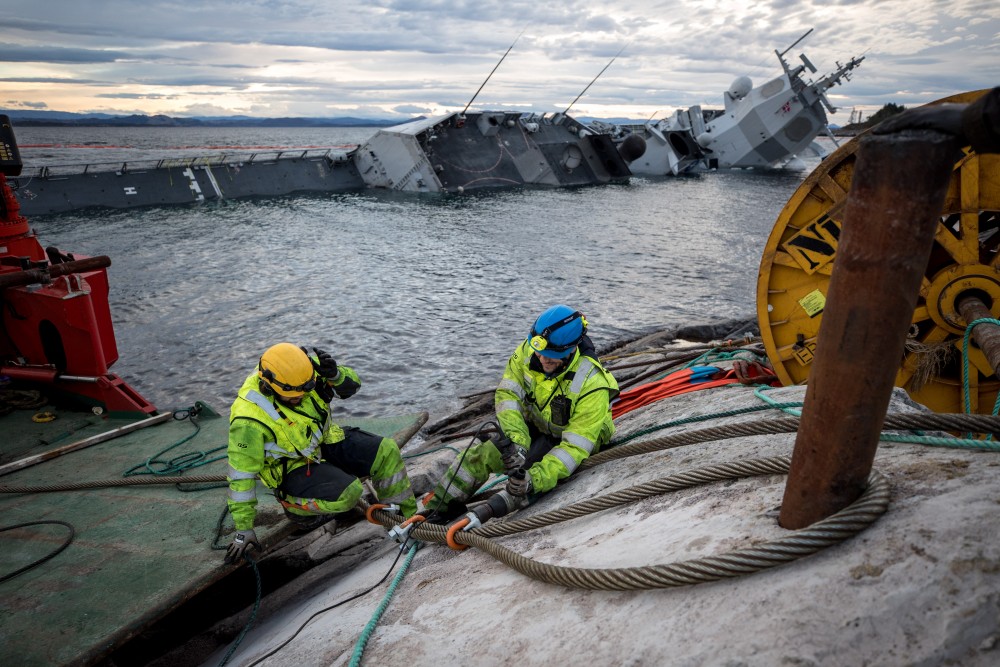 It was early Thursday morning “KNM Helge Ingstad” and the giant oil tanker “Sola TS” collided in Hjeltefjorden, north of the Sture crude oil terminal in Øygarden municipal in Hordaland on the west coast of Norway.

The warship, one of Norway’s five top modern frigates, was on her way home to Haakonsvern naval base after participating in NATO’s large-scale exercise Trident Juncture.

It is still a mystery why the well-equipped warship couldn’t avoid colliding with the 250 meters long oil tanker just north of the oil terminal. The weather was good, the waters in the area has real-time shipping control systems, there was allegedly radio-contact between the vessels up front. And, maybe the biggest unanswered questions: Why couldn’t the easy-to-steer frigate, with all its radars and sensors, manage to change course?

While an official investigation is launched by the marine department at the Norwegian Accident Investigation Board (AIBN), the navy works around-the-clock to secure the wrecked frigate. For now, the immediate danger of sinking is avoided. The frigate is tightened to the embankment rocks with steel wires. After secured, work will start to unload the weapons.

“Our focus is to secure the ship, hinder more water penetration, and avoid further damage. This work is done step-by-step for safety reasons for the personnel involved in the operation, the Navy informs.