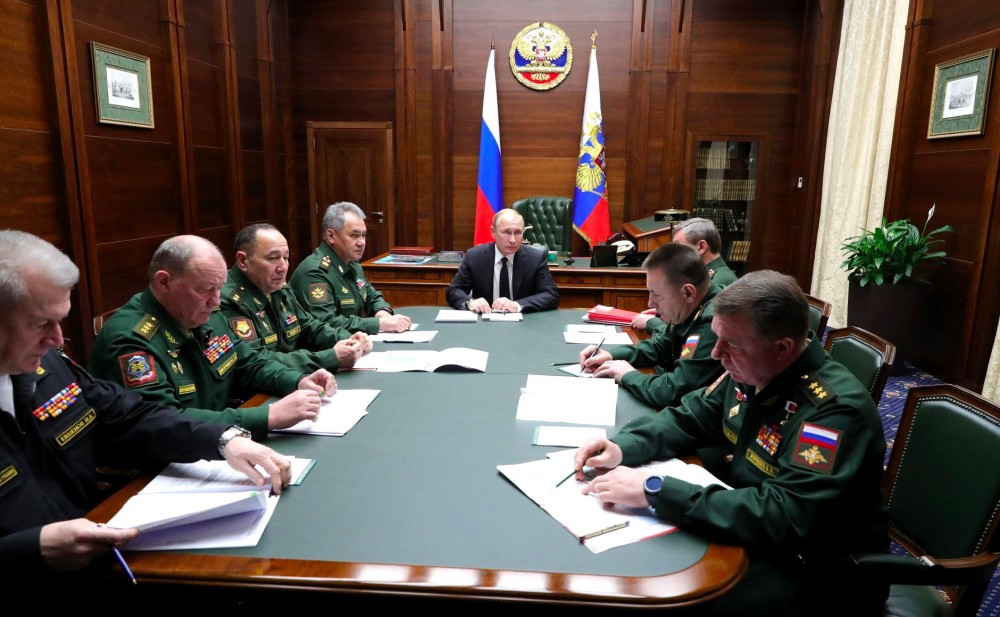 The President and the leaders of Russia's military districts. Photo: Kremlin.ru

New advanced radars are deployed along the Russian Arctic coast.
Read in Russian | Читать по-русски
By

The buildup of capacities in the Arctic was a key point in this week’s meeting between Vladimir Putin and his top military leaders. Along with the building of new regional air bases, the deployment of radars is crucial, Minister of Defense Sergey Shoigu made clear in a sum-up of 2018.

According to the minister, new radars are now on site in practically all of the country’s new and upgraded Arctic bases.

In the Alexandra Land, the site for the new Nagurskaya base in the Franz Josef Land, the building of 59 buildings for radar and aviation units is coming to an end. The same goes for the far eastern base of Kotelny where the reconstruction of the airfield of Temp is continuing, Shoigu said.

He also described how the comprehensive upgrade of the Severomorsk-1 airfield in the Kola Peninsula now is completed and the way a new military town near Tiksi is in the making. The new Tiksi base will house units of the Northern Fleet’s 3rd Air Defense Division, is to be established in 2019. In the new bases of Sredny Island, Wrangle Island and Cape Shmidt, the building of infrastructure and setup of radar units will be completed in 2019.

There is growing need for the new bases and military infrastructure following pressure from Nato and the USA, Shoigu made clear. He argues that the recently re-established U.S. 2nd Fleet has the Arctic as it main operational area. In addition, only 60 km from the Russian border, is ongoing construction of Norway’s new Globus-3 radar. And Norway is also doubling the number of U.S Marines based in the country, Shoigu told the President.

Russia has over the last years significantly developed its ability to monitor its vast Arctic territories. According to Major General Andrey Koban, leader of the Russian Radio-electronic forces, more than 70 units of radar stations and complexes are now yearly being delivered to the Armed Forces.

«Over the last five years, we have done enormous steps. In this period the number of new radar units deployed in the Armed Forces has increase more than ten-fold,» he says in an interview published on the website of the Russian Military.

According to Koban, the radio-electronic forces now have control of the whole state border, both on land and at sea, as well as in the air. And the Arctic is a priority.

«We are seriously engaged in strengthening control of the airspace in the Arctic Zone, [and] already today military radar units are on around-the-clock guard on the archipelagos of Franz Josef Land, Novaya Zemlya, Severnaya Zemlya, New Siberian Islands, Tiksi, Wrangle Island and Cape Shidt,» he underlines.

Among the new Russian radar technology applied in the country are mobile multiband system Nebo, as well as high-altitude systems Volga, Gamma and Sopka. Lower altitude systems include the Podlet, Kasta and Fundament.