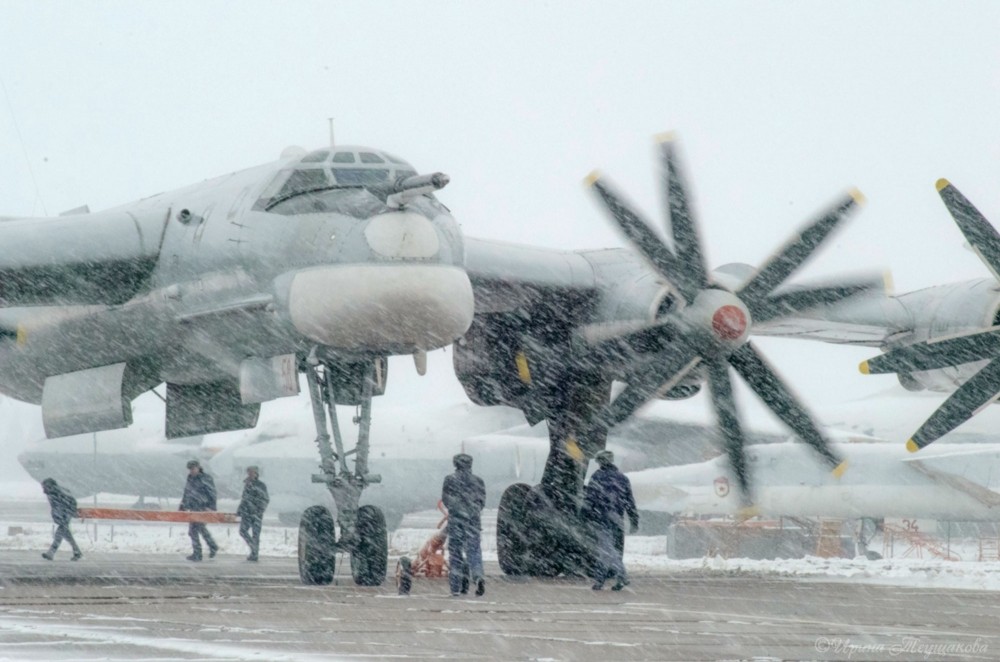 Crews of Russian reconnaissance and attack aircrafts train for operations in the country’s high Arctic archipelagos.
Read in Russian | Читать по-русски
By

In the course of 2018, pilots and crews of anti-submarine aircrafts Tu-142 and Il-38, as well as reconnaissance and attack aircraft Su-24MR, conducted more than 100 patrols over the Arctic Ocean.

The aircrafts constitute core parts of Russia’s reconnaissance air fleet. The Tu-142 is a long-range surveillance aircraft derived from strategic bomber Tu-95, while the Il-38 is a maritime patrol aircraft and anti-submarine warfare aircraft. The Su-24MR is a tactical reconnaissance variant of all-weather attack aircraft Su-24.

The flights will continue in 2019, and this year, the new and upgraded bases on remote Arctic archipelagos will be taken use of, the Russian Armed Forces say.

The Arctic air patrols include mapping of ice conditions in the area. This kind of data is of key importance for the vessels shipping on the Northern Sea Route, the military press service underlines.

The Russian Northern Fleet has over the last years significantly strengthened its presence in the country’s far northern archipelagos. New and upgraded bases are now operational in Franz Josef Land, Novaya Zemlya, Severnaya Zemlya, New Siberian Islands, Wrangle Island and Cape Shmidt. In addition, several bases are built on the mainland, including near Tiksi.

Airstrips are operational both in the Nagurskoye base in Alexandra Land in Franz Josef Land and in Kotelny, New Siberian Islands. Representatives of the Russian Northern Fleet have early said that the new Nagurskoye base will be equipped with a 2,500 meter long landing strip and a fleet of MiG-31 or Su-34.

There are also upgrades in the making at the airfields of Vorkuta, Anadyr and Alykel.

Aircraft crews have over the last years undergone careful training on navigation in Arctic conditions, including in challenging weather.