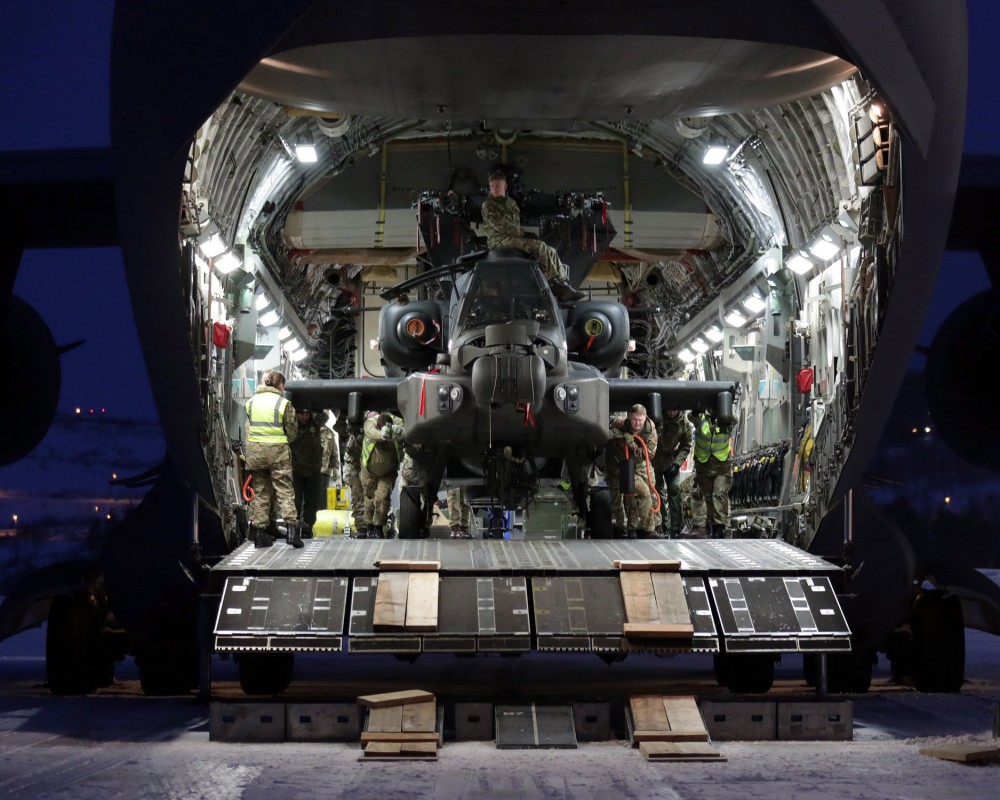 First time British Apache helicopters have operated in the Arctic.
Read in Russian | Читать по-русски
By

Some 800 British soldiers from the Royal Naval Commando and Royal Marine are involved, says Major Fred Eilers with Bardufoss Air Station to the Barents Observer.

Commando Helicopter Force have posted photos of the arrival of the first Apache helicopter on its Facebook-page and says this is the first time such attack helicopter from Great Britain ever has been deployed for Arctic training.

Starting in mid January, the British soldiers and aircraft will train with the Norwegian army personnel. Based at Bardufoss Air Station, the helicopters are just a four minutes flight from Sætermoen shooting range. Here, training with live shootings will take place with both the British attack helicopters as well as Norwegian army units.

Also this winter, soldiers from Netherlands Marine Corps are on winter training at Åsegarden allied training centre outside Harstad on the coast of Northern Norway.

From next winter, the Dutch soldiers are likely to train from Bardufoss.