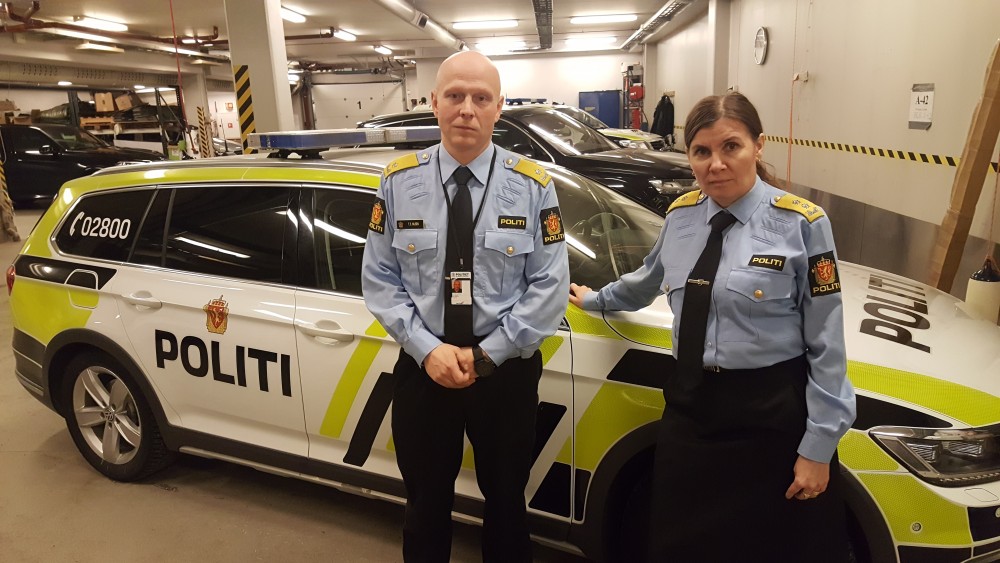 Both police and rescue services in Northern Norway are deeply worried as GPS signals are interrupted. Public safety and life could in worst case be in danger, warns the police.
Read in Russian | Читать по-русски
By

«We depend on good GPS signals to quickly locate areas with people missing in extreme weather like we have today,» says Deputy Chief of Police Trond Eirik Nilsen with Finnmark Police District to the Barents Observer.

On Thursday, a strong wind with snow moves in over the Barents Sea causing troubles from Svalbard in the north to Troms and Finnmark on the mainland. The storm hits the northernmost part of Norway simultaneously as yet another jamming of GSP signals has been discovered in the border areas to Russia’s Kola Peninsula.

«Civil Aviation Authority of Norway can confirm the issuing of a NOTAM (Notice to Airmen) due to GPS-disruptions west of Kirkenes,» says the agency’s head of communication, Frank Gøran Nordheim, to the Barents Observer.

Nordheim underlines the agency has no concerns in regards to air traffic safety, pointing to other ground base navigation systems all aircraft can use when GPS is not available.

«In accordance with our procedures, all airlines are notified about the GSP-disturbances,» Nordheim says.

GPS-jamming, however, could have way more implications than air traffic navigation.

Ellen Katrine Hætta, Chief of Police in Finnmark, says her emergency response units often depends on GPS signals when responding to an alarm.

«Police cars and other units use GPS navigation. Last winter, we managed to save the life of a missing person in snow storm because he triggered his GPS-emergency transmitter. Without the GPS, we would not be able to find him in the heavy snow-drift,» Hætta tells.

«This is the fifth time since autumn 2017 that GPS-signals are interrupted in this area.»

The police was notified by the aviation authorities around noon on Wednesday and sent units out to check the situation for its own systems.

«We have so far not registered any lack of GPS signals on ground, but this is a real challenge for the emergency preparedness. We don’t know when signals are in place or are gone,» the Chief of Police explains.

She explains the importance of GPS in all search and rescue mission.

«What now happens is deeply worrying and could put public safety at risk.»

Hætta says jamming of GPS signals is not only a matter for the military, but even more so for the civilian part of the society.

Last November, Norway’s Defense Ministry confirmed to the Barents Observer that the GPS jamming came from the Kola Peninsula. Russia, however, denied all accusations. Foreign Ministry spokeswoman, Maria Zakharova, said Norway’s accusations came to «distract attention from the scandal with its newest frigate Helge Ingstad.» The warship sank after a collision with an oil tanker north of Bergen shortly after the large-scale NATO exercise Trident Juncture last November.

Russia’s Oslo Embassy has not responded to questions from the Barents Observer about the origin of the current GPS jamming.

Chief of Police Hætta says her departement has raised questions about the GPS jamming in meetings with Russia’s security police, the FSB.

«I have addressed the problem and explained the consequences for search and rescue. FSB said they would look into the matter,» Hætta tells the Barents Observer.

Risk for loss of life

«In case of emergency on land, at sea or in the air, loss of GPS may lead to a higher risk of navigation error, causing much longer time to locate a person or a group of people in distress,» Jamtli says.

He fears a higher risk for loss of life.

Bent-Ove Jamtli says sudden lack of GPS signals would also pose a higher risk to search and rescue personnel due to misleading navigation.

«Also, delayed rescue efforts due to cumbersome navigation to areas with less accurate positioning of persons in distress can also be expected. This leads to a greater risk of loss of human life.»

Jamtli says both maritime and aircraft navigation are partly dependent on GPS navigation.

The JRCC coordinates all search and rescue operations at sea.

«We have requested Norwegian Communication Authority to come north to measure the disturbances of satellite navigation signals,» Nilsen tells.

Technical Director of the Norwegian Communication Authority (Nkom), Per Eirik Heimdal, says his agency follows closely the situation since informed by the police in Finnmark on Wednesday.

«Based on new information received today, we choose not to conduct measurements at this time,» Heimdal says. He would not elaborate.

The police in Kirkenes informs that previously the interference of GPS signals have been stronger the closer to the Russian border measurements have been made.

Kirkenes town centre is only eight kilometers from the border to Russia.