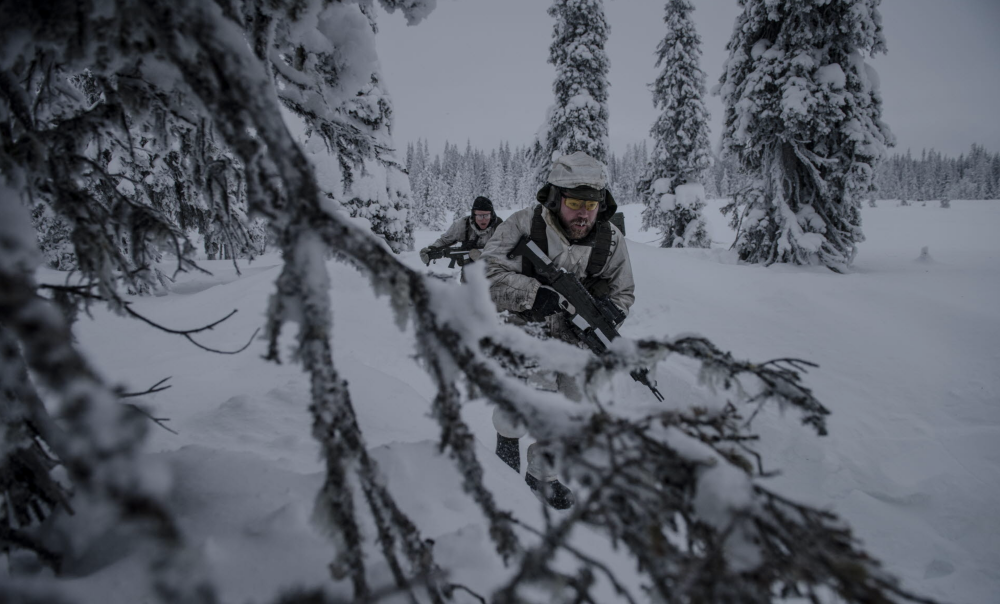 Winter warfare capabilities are in focus when Northern Wind kicks off in Norrbotten in March.
Read in Russian | Читать по-русски
By

The exercise takes place in Sweden’s northeastern area where a possible land-attack from the Soviet Union was expected to come during the Cold War. From the border area to Finland at Haparanda towards Överkalix and Boden north of Luleå.

Norway will join with about 4,500 soldiers, while Finland sends 1,500. Both Great Britain and the United States are participating with soldiers and aircraft.

The exercise and joint training is part of the development of defense cooperation between Finland and Sweden and never before has such substantial exercise been conducted between the two armies so far, the Finnish Army informs.

About 500 military vehicles from four of Finland’s brigades will cross the border from Tornio to Haparanda as the exercise happens during the week from March 18 to 27. The four brigades are the Armoured Brigade, the Jaeger Brigade from Sodankylä and Rovaniemi, the Kainuu Brigade and the Pori Brigade.

Norway sends its only army brigade from Bardu in Troms, including armored vehicles and some support units and helicopters, newspaper Aftenposten reports. The Norwegians will move in to the exercise area via the border-crossing road from Narvik via Kiruna.

The Swedish 192nd Mechanized Battalion from the Norrbotten Regiment is the largest Swedish contribution to the exercise with its 800 soldiers.

Swedish Armed Forces says the exercise will develop the ability to give support to and receive support from other nations.