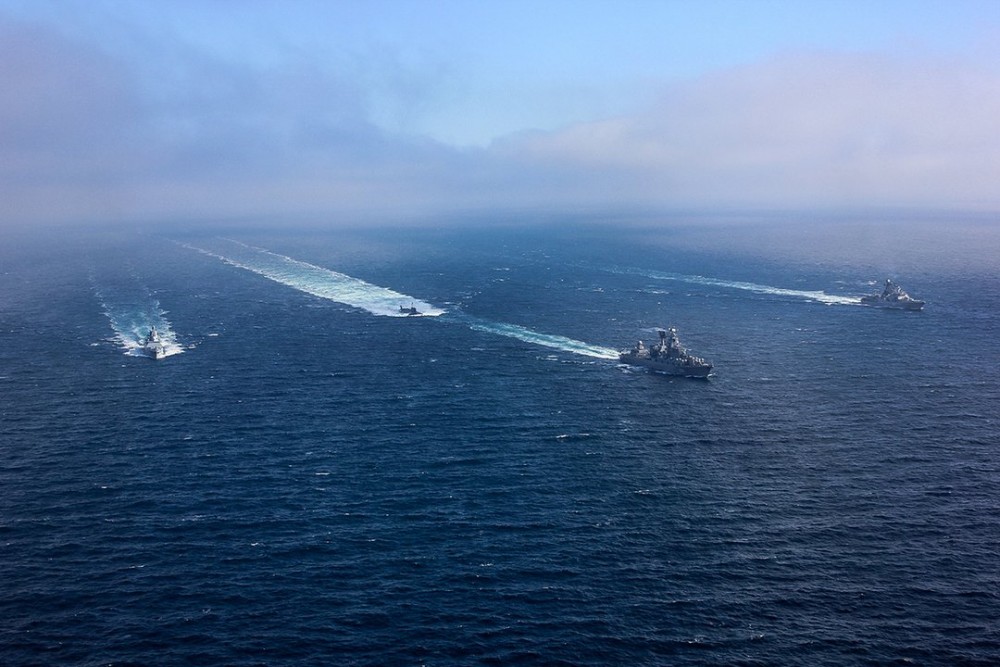 Sailing on the route will have to be announced at least 45 days in advance and ships not complying with the rules will be forcibly stopped.
Read in Russian | Читать по-русски
By

The Russian government has elaborated a set of rules for foreign naval vessels’ sailing on the Northern Sea Route, Izvestia informs. The newspaper has obtained a copy of the document that states that all vessels are obliged to comply.

The foreign state must send a notification about the voyage at least 45 days ahead of its start. Included will have to be the name of the ship, its objective, route and period of sailing, as well as ship characteristics such as length, width, deadweight, draft and type of engine power. Also the name of the ship captain must be listed.

The ships must also have on board a Russian maritime pilot.

In case the voyage is not conducted in line with the regulations, Russia will have the right to take extraordinary measures including its forced halt, arrest and in extreme cases elimination, Izvestia writes.

The regulations reportedly have a prime target of keeping control over local environmental protection and commercial shipping.

According to the newspaper, the new regulations are made following «the more active naval operations in the Arctic of various foreign countries».

«Sailors, the BSAH Rhône of the @NationalMarine has just crossed the Bering Strait! He left Tromsö (Norway) on 1 September and will reach Dutch Harbor (Aleutians, Alaska) on 17 September. Bravo Zulu to his crew,» Chief of Staff of the French Navy Admiral Christophe Prazuck said in a tweet.

Judging from Izvestia, the new set of NSR rules has its prime aim on the USA and Nato.

Russia has over the last years significantly strengthened its military presence in the Arctic. A series of new bases have been built and upgraded and new advance military hardware installed in the area.

Just few days after the French vessel «Rhône» passed through the area the Northern Fleet for the first time test launched its mobile coastal defense system Bastion in the Kotelny base in the remote New Siberian Islands. Also the S300 missile system has been deployed in the region.

New air bases are part of the picture and the Nagurskoye air base in Franz Josef Land will now be capable of handling year-round flights with heavy aircrafts.