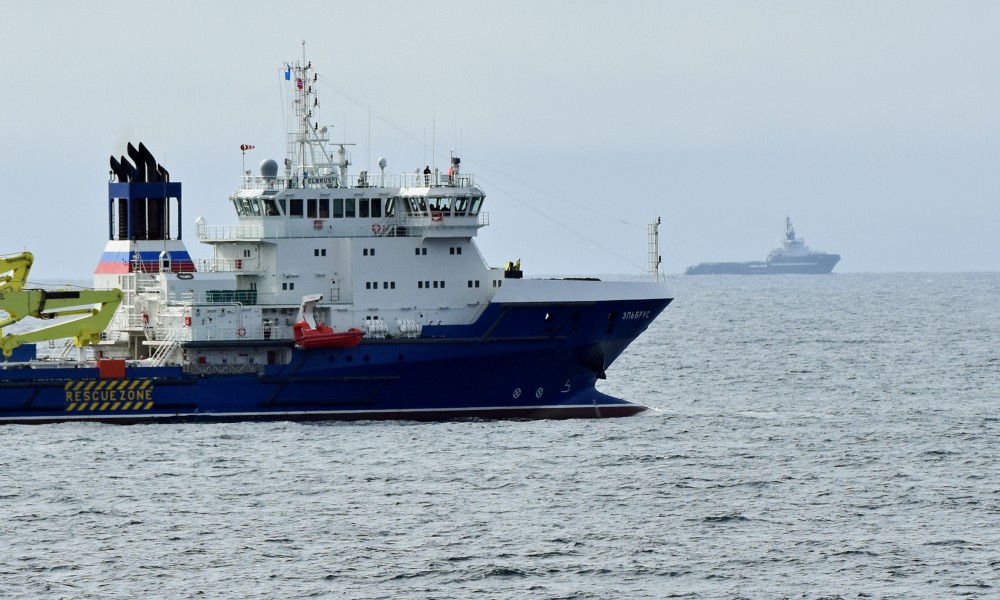 This photo of "Elbrus" is from last spring in the Barents Sea. Photo: Thomas Nilsen

Russia’s Northern Fleet reports on Sunday that the group of three navy vessels from Severomorsk on the Kola Peninsula successfully has conducted training in the waters of the Norwegian Sea.

The Northern Fleet vessels, consisting of the newest frigate “Admiral Gorshkov” and the two support ships “Elbrus” and “Nikolai Chiker” sailed out from Severomorsk on February 26th on a world-ocean voyage supposed to last for months in the North Atlantic.

After crossing the western part of the Barents Sea into the Norwegian Sea, the training started, according to the press-service of the Northern Fleet.

“The crew of the frigate of project 22350 “Admiral Gorshkov”, performing a long-range mission, carried out a search for submarines using its onboard Ka-27PL anti-submarine helicopter,” an information bulletin posted on the Defense Ministry’s portal reads.

“Training was conducted in the waters of the Norwegian Sea.”

Russian naval ships are frequently sailing along the coast of Norway, either in inter-fleet transits between the Baltic Fleet and the Northern Fleet, or en route to longer voyages on the world’s oceans. Training and exercises, however, are not very common west and south of North Cape.

Sailing together with “Admiral Gorshkov” are the multi-purpose logistics ship “Elbrus” and the rescue tug “Nikolai Chiker”.

The navy group is currently sailing across the North Sea off the southwest coast of Norway.

Near Bergen, the salvage teams from the Norwegian navy have recently lifted the wreaked frigate “KNM Helge Ingstad” and securely placed the warship on a barge for towing to Haakonsvern naval base.

The frigate sank after a collision with a oil tanker north of Bergen on November 8th last year.