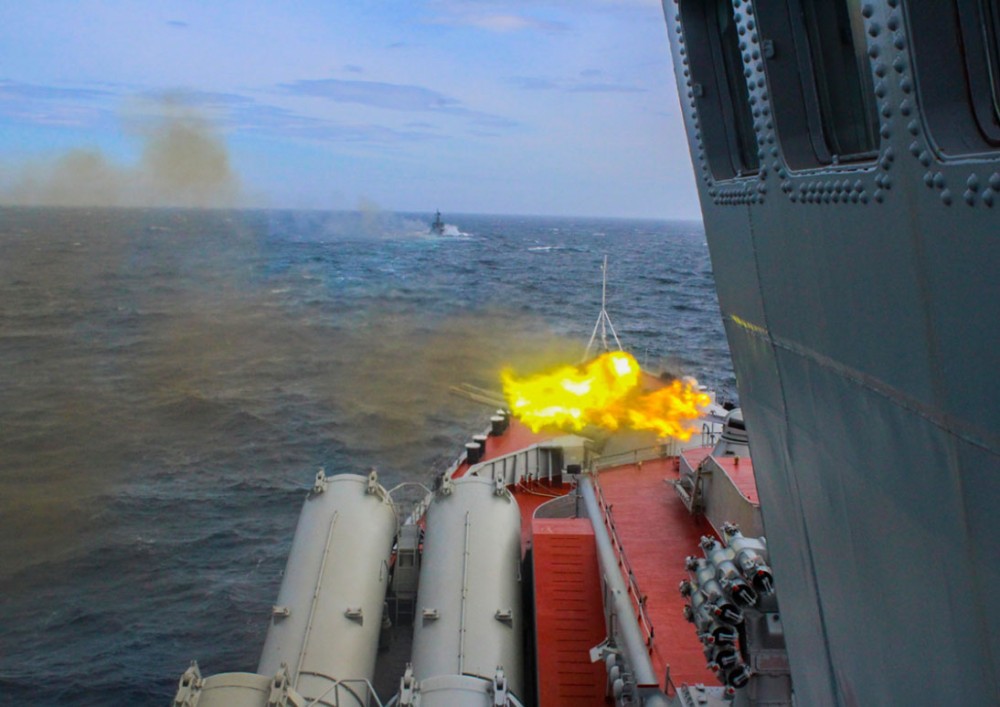 More than 15 surface vessels, several submarines and support ships, as well as aircraft and helicopters, take part in the Northern Fleet exercise now in the making along the coast of the Kola Peninsula.
Read in Russian | Читать по-русски
By

Only one day after Russia and Norway completed a joint coast guard exercise in the Barents Sea, the Northern Fleet sends out a powerful flotilla to the Arctic waters.

In the Exercise Barents 2019, the objective was joint search and rescue and oil spill prevention. In the Northern Fleet drills, the action includes shooting with heavy weapons, combat with enemy forces and destruction of their ships and capacities.

It can not be excluded that some of the people and hardware involved in the Barents Rescue now are engaged in the military drills.

A total of 15 surface vessels, several submarines, support ship, as well as aircraft and helicopters are involved, the Northern Fleet informs. The exercise includes several parts, among them fighting with foreign sabotage and reconnaissance troops, hunt-down of enemy submarines and air defense operations.

The exercise is held as representatives of the Russian General Staff Military Academy is on an annual visit to the Northern Fleet. The delegation includes generals, admirals and high-ranking officers.