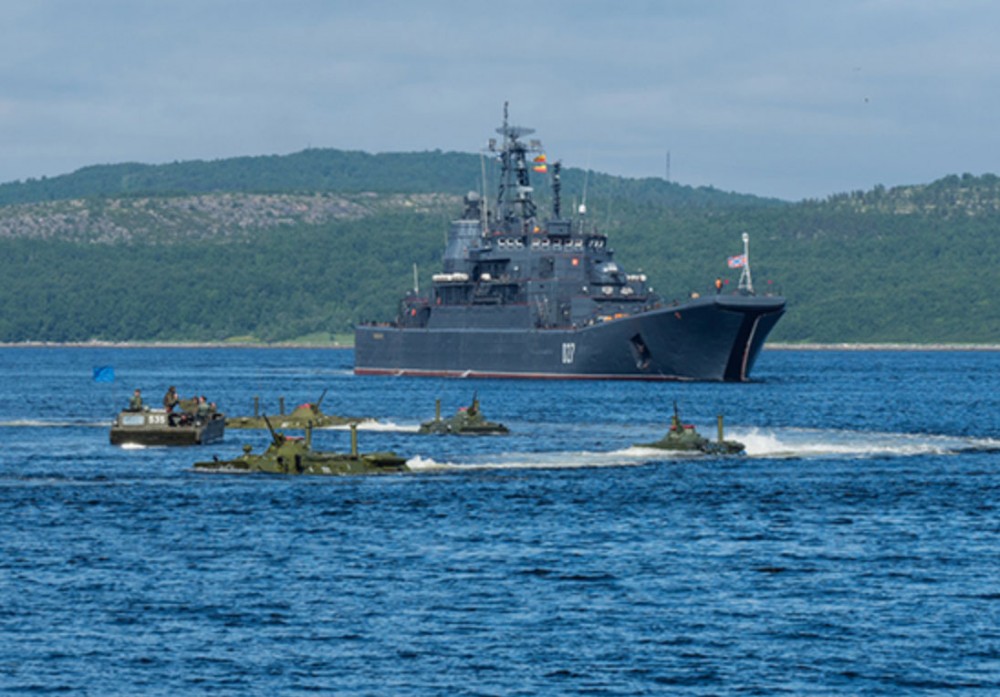 A big landing ship sails into the Pechenga Bay to pick up marine infantry from nearby garrisons.
Read in Russian | Читать по-русски
By

The exercise started on Friday as troops and equipment was taken onboard landing ship «Kondopoga». Included was armored personnel carriers BTR-82A, multi-purpose fully amphibious auxiliary armored vehicle MTLB-V and trucks type KAMAZ and Ural. The hardware was taken on board both from the shore and from offshore position, the Northern Fleet informs.

The training took place in the Pechenga Bay only about 15 kilometers from the border to Norway.

The «Kondopoga» has capacity to carry up to ten tanks and 340 troops. The training included both loading and unloading of goods and personnel, the Navy says.

It has been a busy week for the troops serving in the Kola Peninsula. According to the Northern Fleet, more than 100 training exercises have been held offshore and in coastal bases since 1 June. In 57 of the cases, use of weapons was included. In the Barents Sea, three nuclear powered submarines shot with torpedos on underwater and surface targets and several anti-submarine vessels engaged in firing of rocket-propellered depth bombs. Almost at the same time, aircraft Il-38 and Ka-27 helicopters applied anti-submarines weapons in the area.