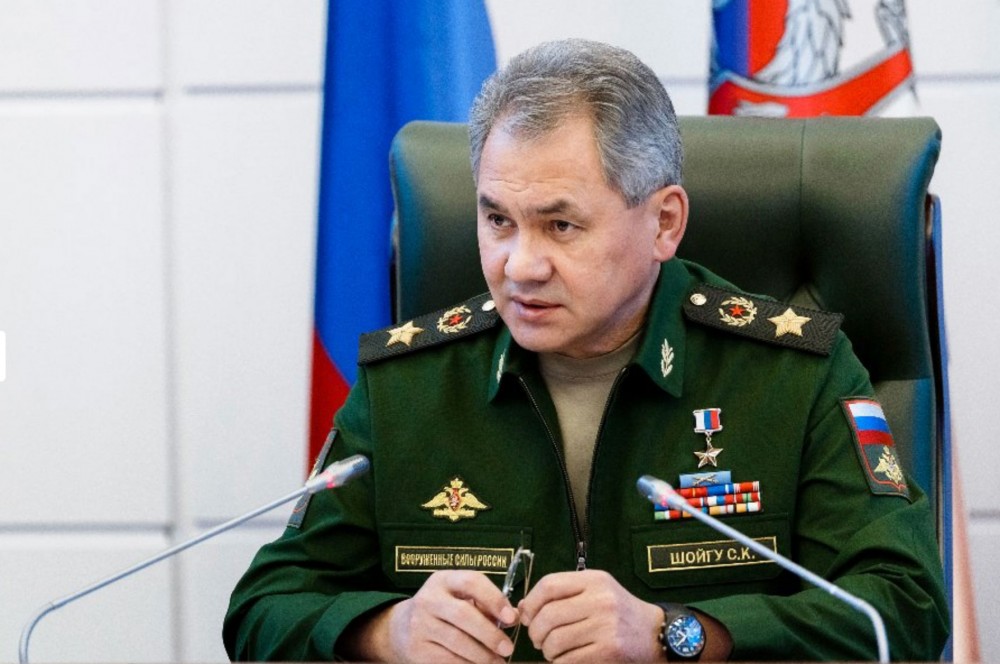 Sergey Shoigu arrives in Severomorsk, meets with representatives of the Northern Fleet.
Read in Russian | Читать по-русски
By

In his meeting today with representatives of the Northern Fleet, Shoigu underlined that the crew of the submarine in a heroic manner managed to evacuate a civilian who was onboard the vessel. The person, a representative of the military-industrial complex, was taken out of the affected parts of the sub when the fire started.

The hatch was locked in order to prevent the fire from spreading to other parts of the ship. The crew meanwhile «to the end fought for the survival of the vessel,» Shoigu said in the meeting, RIA Novosti reports.

The military men «sacrificed their lives to execute the difficult task - to extinguish the source of the fire, save their comrades and the underwater craft,» Shoigu said.

A total of 14 people died in the accident, of them two highly decorated «Heroes of Russia», seven First Rang Captains and three Second Rang Captains. It is the most serious Russia Navy accident since 2008.

«This is a great loss for the Navy, and yes, also for the Army,» Putin told his defense minister.

A memorial plate to the victims has been circulated on Russian social media. The plate reads that the men died in «a furious and extensive fire» and that «the speed of the developments left no hope for their rescue.»

Among the people known to have died in the accident is Hero of Russia Nikolay Filin. He, like the rest of the crew, is believed to come from St.Petersburg.

The operation is believed to have been headed by Denis Dolonsky, also he Hero of Russia. Dolonsky was captain onboard, RBC reports with reference to sources in the Navy.

«The submariners onboard were unique military specialists - top class professionals that conducted important studies of the hydrosphere of the Earth,» Defense Minister Sergey Shoigu said.

The visit to Severomorsk comes after President Vladimir Putin yesterday commissioned Shoigu to lead investigators over the accident with one of Russia’s most secret military objects.

The «Losharik» is normally based in Oleniya Bay, and operated by the Main Directorate for Deep Sea Research, nicknamed GUGI, a branch directly under General Staff of the Armed Forces.

The vessel is believed to be able to bring - or remove - other small installations and devices for military purposes to be placed on the sea floor. Such devices can be noice-makers to distract foreign submarines when Russian submarines sail out from the Kola Peninsula to the North Atlantic. Other listening devices can detect sounds made by the propellers of enemy ships.  The submarine has one nuclear reactor.