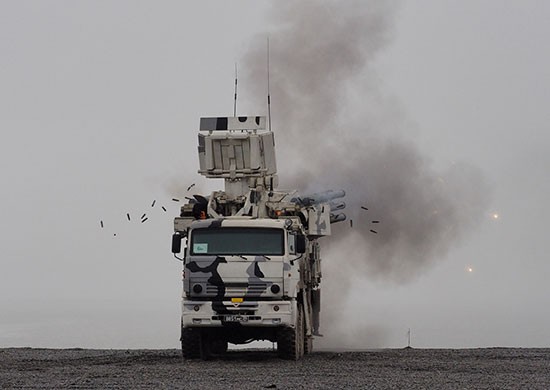 The medium-range surface-to-air Pantsir-S is to protect the air space over Navy town Severomorsk.
Read in Russian | Читать по-русски
By

The first vehicles equipped with the self-propelled missile system have been incorporated in the Northern Fleet and deployed on a test basis around the Fleet’s main base.

«Considering the complicated terrain of the strategically important Kola Peninsula, the Pantsir-S is the most efficient system as it can provide air defense of military objects and guarantee destruction of air targets, including small-sized targets,» the Northern Fleet informs.

The first units of the missile system arrived in the Kola Peninsula in late 2018. Since then, servicemen have been undergoing training on a shooting range in the south of the country.

Practically all of them have previous experiences with the Pantsir-S from service in Syria, the Northern Fleet informs.

The Pantsir-S (SA-22 Greyhound) was first introduced in the Russian Armed Forces in 2012 and has since been applied in war action in Syria and reportedly also eastern Ukraine.

The system is carried by mobile vehicles and can be applied against enemy aircraft, helicopters, precision munitions, cruise missiles and UAVs, also at low and extremely low ranges.