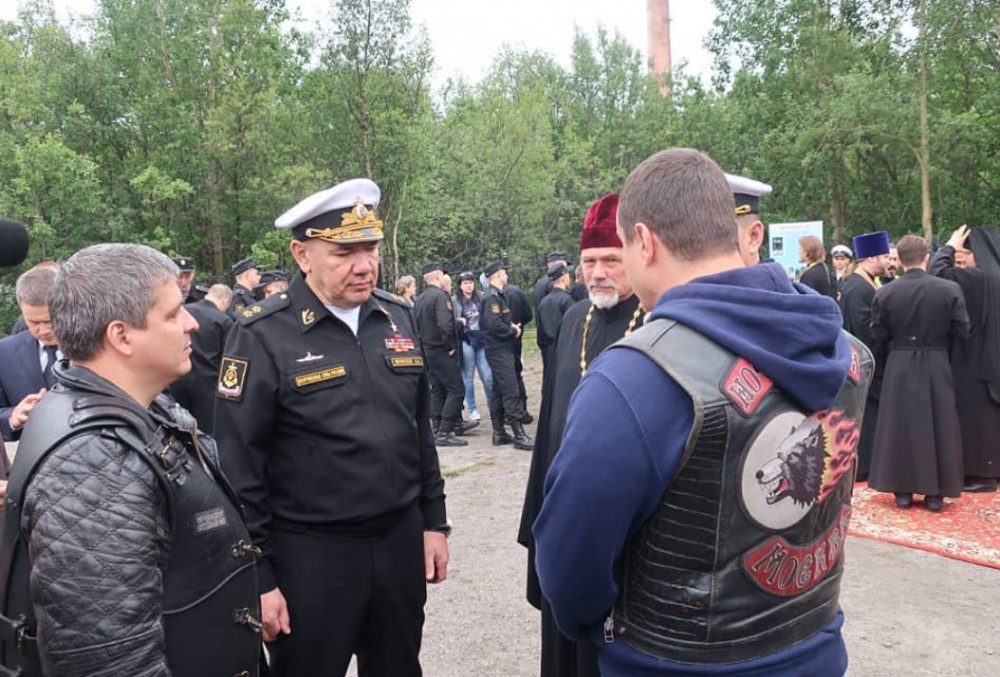 It was an extraordinary sight as leather-dressed bikers late last week assembled along with Russian Orthodox clerics and Northern Fleet soldiers in the center of the closed Navy town of Severomorsk.

It was a ceremony out of the normal.

The Night Wolves had come to town to see their large 7 meter cross being blessed by the Russian Orthodox Church. In the ceremony that was led by a leading bishop from the local diocese was also Northern Fleet Head Commander Aleksandr Moiseev, as well as several more top Navy representatives, information from the Northern Fleet shows.

The large cross has been brought from the Balkans, across Europe and to the military men on the Barents Sea coast. It is a gift from the Serbian Church, the Night Wolves bikers say. It was made by monks in a Montenegrin monastery in 2017 and symbolizes the spiritual unity of the Russian and Serbian churches.

On the backs of the motor cycle bikers were pictures of a threatening wolf and flaring flames. The Night Wolves is Russia’s biggest motor cycle club with about 5,000 members. It is closely associated with the Kremlin and receives state funding.

The bikers are also known for their close relationship with the Russian Orthodox Church and for its political engagement.

During the annexation of the Crimea, the bikers reportedly patrolled the streets of the peninsula along with the unmarked soldiers sent from Russia. They are also believed to have played a role in the Donbass war.

The Night Wolves are also known for their annual motorcycle pilgrimage to holy Russian Orthodox sites.