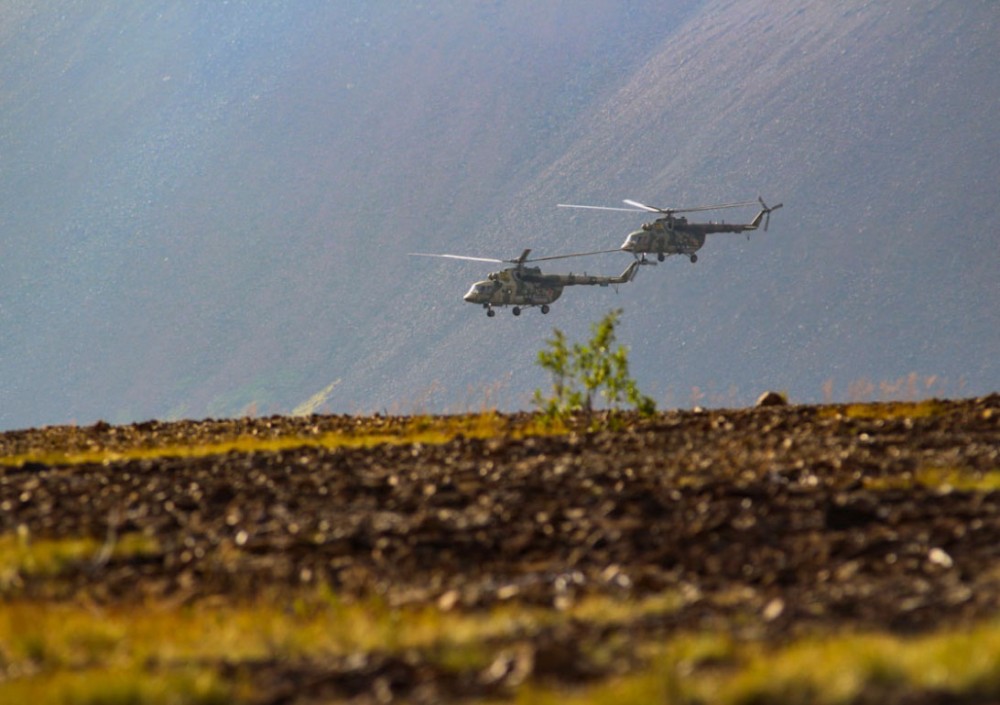 Smoke in the air as Russian forces exercise in the Taymyr Peninsula. It shows that we are ready to protect Russian economic interests in the Arctic, says head commander of the Northern Fleet
Read in Russian | Читать по-русски
By

The training area was located along great river Yenisey, near the town of Dudinka, the Russian Armed Forces inform. Nearby are located the rich mines of company Norilsk Nickel.

It is the third time that Russia brings major forces to Taymyr, the lands located in the far end of north Siberia. This year, the magnitude of the drills exceeded the previous.

Central in the exercise were Northern Fleet troops that last week disembarked from landing ships «Kondopoga» and «Aleksandr Otrakovsky». In addition were airborne forces from the Central Military District and planes and helicopters from the Russian Air Force.

A total of five helicopters and four Su-24 supersonic attack aircraft took part. The latter are based in one of the country’s Arctic air bases and flew more than 1,000 km as part of the drills. In-the-air re-fueling was conducted with two Il-78 tanker aircraft, the Armed Forces inform.

On the ground, a total of 85 military units, including tanks type T-80BVM, 2C1 Gvozdika howitzers and various armored vehicles, engaged in combat.

The training scenario included protection of a key industrial object against terrorist attack and also units from the Ministry of Interior and the Ministry of Emergency Situations, as well as the Federal Penitentiary Service, took part.

«In the course of the exercise, valuable experience was made on the multi-service interaction, and this will be applied when preparing special units for the Arctic,» Moiseev underlines.