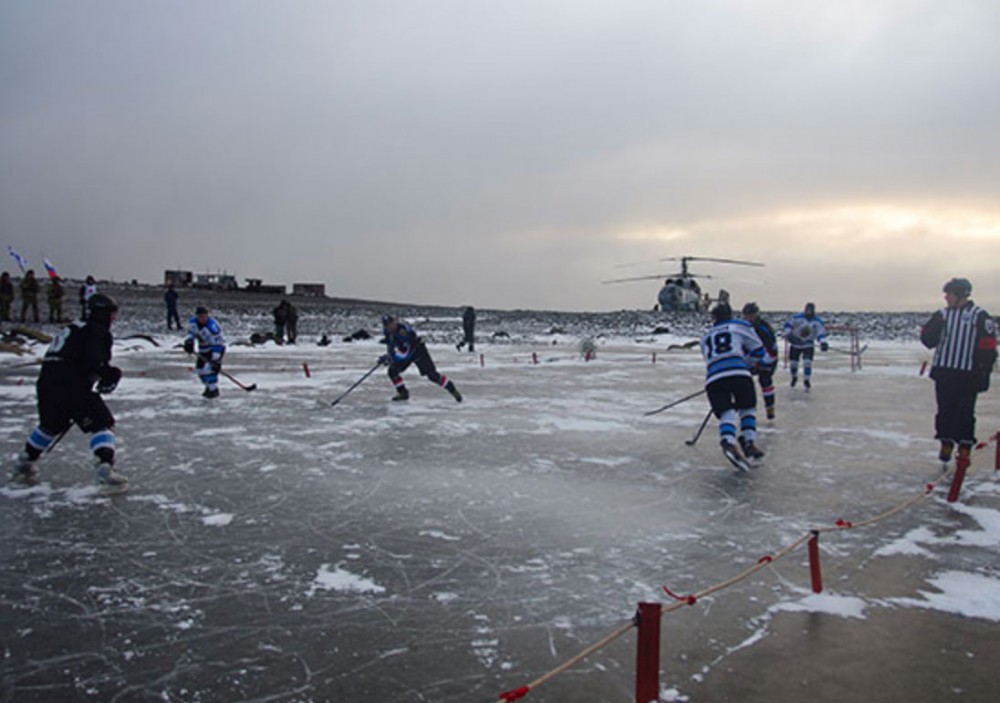 It was one of the northernmost ever hockey matches. Photo: mil.ru

This year’s major expedition of the Northern Fleet is completed with an ice hockey match on a rare Arctic rink.
Read in Russian | Читать по-русски
By

The Northern Fleet sailors have been at sea for more than 1,5 month and conducted extensive training in the Barents Sea, the Kara Sea and the Taymyr Peninsula.

The naval vessels, «Kondopoga», «Aleksandr Otrakovsky» and «Vice-Admiral Kulakov» in early August set out from Murmansk and have subsequently criss-crossed the western part of Russian Arctic waters.

The last stop was in Alexandra Land, the island in the archipelago of Franz Josef Land that houses the new and upgraded Nagurskoye naval base.

Before their return to home base Severomorsk, rifles and guns were exchanged with hockey clubs.

A small rink was arranged on a lake located on one of the westernmost points of the remote archipelago.  The match was organized at the Cape of Mary Harmsworth, the Northern Fleet informs.

The cape is located at 80 degrees North and constitutes the piece of land that stretches out into the northern Barents Sea. To the west of the cape is located only the Russian island of Victoria and then Norway’s Svalbard archipelago.

The ice hockey players represented two different Navy units and the match was played with only three players in each team. Several of them reportedly were part of this year’s winning team in the military hockey league.