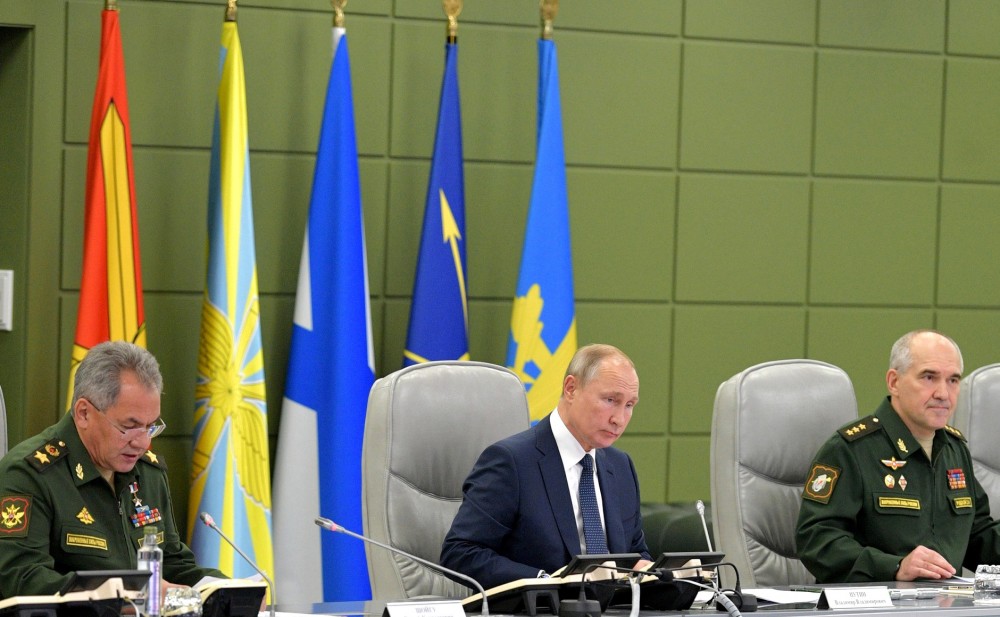 Two Kalibr cruise missiles that can carry nuclear warheads were launched from the Barents Sea on Thursday as part of the Grom-2019 exercise.
Read in Russian | Читать по-русски
By

So also in the latest exercise taking place across Russia on Thursday, see the Defense Ministry’s video below.

Kalibr cruise missiles were launched from both the «Severodvinsk» multi-purpose submarine and the new frigate «Admiral Gorskhov» both sailing the Barents Sea at the time of exercise, according to the official videos.

The missile has a range of at least 1,500 kilometres, and can with that hit targets all over northern Scandinavia, including military airports like Bodø, Luleå and Rovaniemi, or enemy naval groups in the northern part of the Norwegian Sea.

A Kalibr cruise missile was also launched from a navy ship in the Caspian Sea.

Since tactical nuclear weapons are not included in any international arms treaties, their number is largely unknown, but experts believe Russia still has between 1,000 and 6,000 warheads for nonstrategic nuclear weapons in its arsenal, of which the vast majority are in central storages and not deployed on missiles.

The Barents Observer has previously published an overview of the different storage locations for strategic and nonstrategic nuclear weapons on the Kola Peninsula.

As expected, the Grom (Thunder) exercise included launching of both submarine and land-based ballistic missiles.

From the Barents Sea, the Northern Fleet’s Delta-IV class submarine «Karelia» launched a Sineva missil targeted at the Kura test range at Kamchatka Peninsula. Video below.

A Yars ballistic missile was launched from Plesetsk in the Arkhangelsk region. Also this one crossed the skies in the Arctic and hit the target at the Kura range.

The Pacific Fleet Delta-III sub «Bryansk» launched a missile the other way that hit its target at the Chizha range on Capa Kanin on the Barents Sea coast in Arkhangelsk region.

A Iskander cruise missile was launched from the central test range Kapustin Yar in Astrakhan Oblast, another video posted by TV Zvezda shows.

The Kremlin says about 12 thousand military personnel, 213 missile launchers of the Strategic Missile Forces, up to 105 aircraft, up to 15 surface ships and 5 submarines, 310 units of military and special equipment are involved in the exercises.