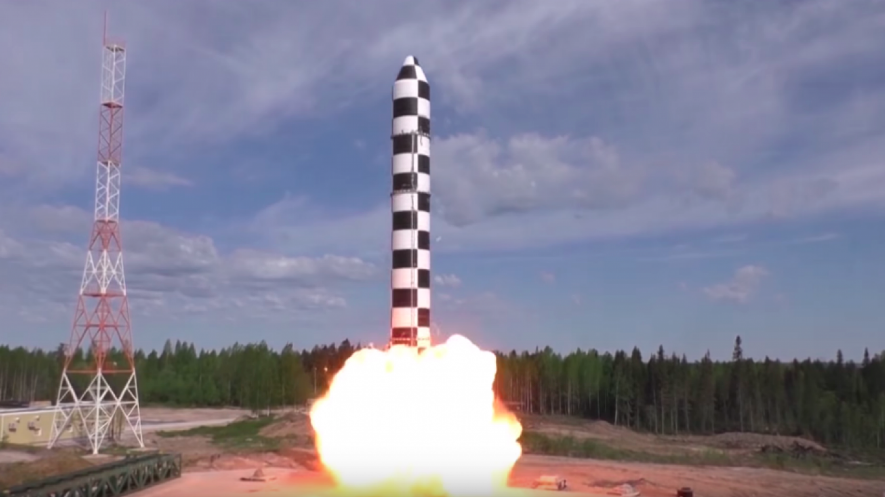 Russia is preparing to conduct at least five tests next year of its new ballistic missile that has been called the largest missile in history, the Vedomosti newspaper reported Wednesday.

The initial stage of testing involves two missile launches with mock warheads from a silo-installation at the Plesetsk cosmodrome towards the Kura training ground in Kamchatka.

At least five launches are planned from Plesetsk.

“The missile system will be put into service in 2021 if it meets the required conditions,” an unnamed source close to Russia’s Defense Ministry told Vedomosti.

Sarmat’s developers have encountered a series of technical and logistical difficulties that have delayed previous tests, the publication reported.

The Defense Ministry did not comment on Vedomosti’s report, but an unnamed defense industry executive confirmed plans to begin testing Sarmat in early 2020.

Russia is planning to enter Sarmat into service next year as a part of its ongoing push to modernize its nuclear arsenal.

The Russian government says the new missile can carry a payload of up to 15 warheads, has a range of 10,000 kilometers and is capable of destroying an area the size of Texas.