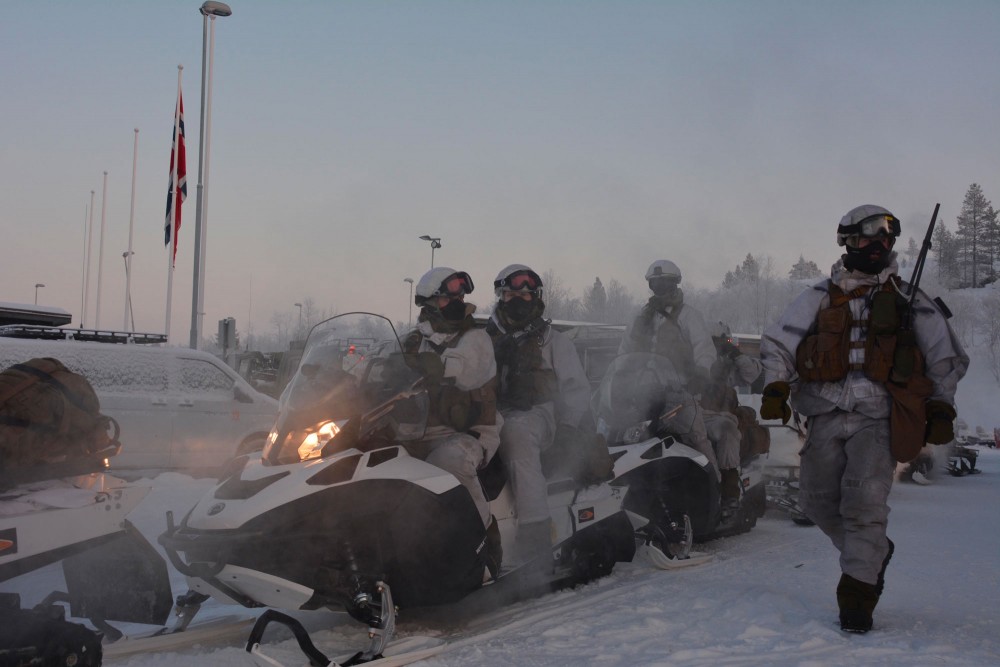 Norwegian soldiers based near the border to Russia. Photo: Atle Staalesen

Moscow wants to know more about the country’s buildup of military capacities in the north.
Read in Russian | Читать по-русски
By

A group of military inspectors on Tuesday paid a visit to three garrisons, all part of Norway’s new Brigade North.

The inspection includes an evaluation of a Norwegian military object, says Sergey Ryzhkov, leader of the Russian National Center on reduction of nuclear danger.

The purpose of the visit it to check information about armed forces and plans for deployment of key military systems and equipment, Ryzhkov explains in a notice published on the website of the Russian Armed Forces.

The inspection will last only one day. It is made in accordance with the Vienna Document, the OSCE agreement from 2011 that is aimed at promoting regional confidence and security.

According to the Norwegian Defense Ministry, the Russian inspectors will have a look at three garrisons in Arctic Norway.

«Basically, the Russians will get a brief about the Brigade North, and they will also be given the opportunity to look at key materials and talk with soldiers and officers,» ministry press spokeswoman Anne-Hilde Håvardsrud Hagen says in a comment to the Barents Observer.

The Vienna Document allows the OSCE countries to make annual inspections of each others’ military forces. Over the last several years, only Russia has made inspections in Norway.

Norway has over the last years strengthened its military in the north with the buildup of the Brigade North, a force that includes eight battalions, based mainly in Skjold and Bardufoss. In addition comes a strengthening of garrisons in Porsanger and Kirkenes.

«We are building up the army in Finnmark,» Norwegian Minister of Defense Frank Bakke-Jensen said during a recent inspection at Porsangermoen, the country’s northernmost military garrison at 70 degrees northern latitude.

He underlined that “we do not consider Russia a military threat to Norway,» but made clear that there is currently a «more unpredictable security picture.”

The strengthening of Norway’s military in the north is likely to continue for several more years. In a comment on the country’s new long-term defense plan currently under development, Chief of Defence Haakon Bruun-Hanssen says the security situation for Norway is «increasingly serious».

Bruun-Hanssen recommends a «considerable strengthening» of the Norwegian defense forces.

Norwegian Navy gets its biggest ship ever