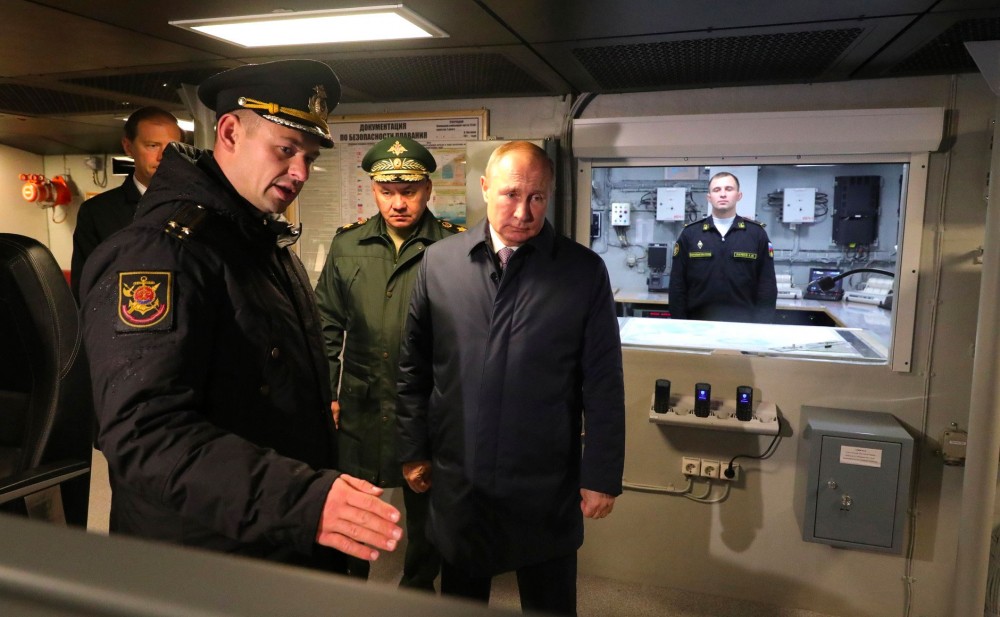 The «Gremyashchii» will test its Kalibr cruise missiles in the Barents Sea.
Read in Russian | Читать по-русски
By

The 104 meter long corvette will leave Kaliningrad on Russia’s Baltic Sea coast and set course for the north on the 5th November, representatives of shipyard Yantar told President Vladimir Putin during his visit on site last week.

According to the Kremlin, the «Gremyashchii» will be the Russian Pacific Fleet’s first ship that carries the Kalibr.

The missile is likely to be carefully tested during «Gremyashchii’s» upcoming sailings in the the Barents Sea. The sea-based version of the weapon is designed to combat enemy surface warships, submarines or targets on shore. It was actively used during the 2015 Syrian war when launched from both surface warships in the Caspian Sea and from submarines in the Mediterranean. The weapon achieves supersonic speed as it nears its target.

As reported by the Barents Observer, also frigate «Admiral Gorshkov» in late 2018 test fired two Kalibr missiles. The training was conducted from a combat training area north of the Kola Peninsula.

The «Gremyashchii» is the first vessel of Project 20385, a class of ships that also can be used for landing of personnel, as well as various other tasks in coastal waters. Russia from before has six vessels of Project 20380, a closely related ship class.

The «Gremyashchii» is now 94,5 percent completed and due to be officially handed over to the Navy on 25th December. It will ultimately serve in Russia’s Pacific Fleet.

The ship has been built by the Severny Yard in St.Petersburg and has been under testing in the Baltic Sea since early May this year, the Navy informed. It has a top speed of 27 knots, a crew of 99, and can operate autonomously for up to 15 days.