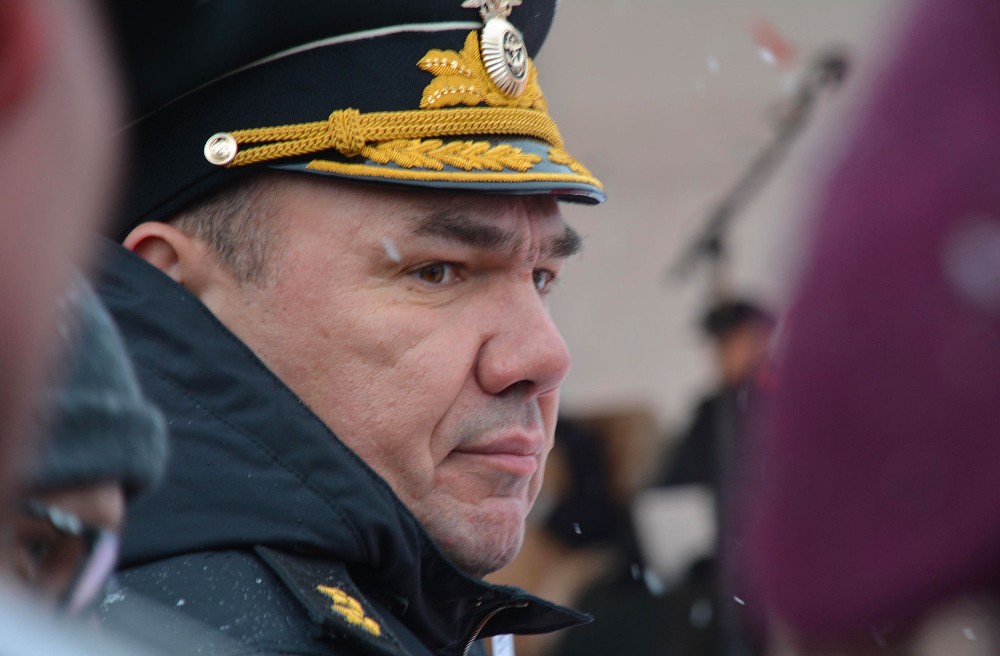 The anti-aircraft missile system will over the next years be deployed in all the country’s Arctic divisions, Northern Fleet Head Commander Aleksandr Moiseev says.
Read in Russian | Читать по-русски
By

«This means that our North will be protected against all kinds of air attacks, be it from aviation, cruise missiles or ballistic missiles,» Moiseev this week told military news agency Krasnaya Zvezda.

According to the vice-admiral, the S-400 system will in the course of the next years be deployed in all of Russia’s Arctic divisions.

«This will actually create an air defense shield over the Russian part of the Arctic,» Moiseev underlined.

The S-400 is already operational at the Novaya Zemlya where the system was deployed earlier this year. The weapon system is based at a site near the Rogachovo air base, about eight kilometers from the settlement of Belushya Bay on the southern island of the archipelago.

It replaced the S-300 that had been deployed on the remote island since 2015.

Russia has over the past years significantly upgraded its capacities in the Arctic. The country’s armed forces now have several new military bases in the region at their disposal. Among them are the ones in the Franz Josef Land, Novaya Zemlya and New Siberian Islands. In addition comes bases in the Wrangle Island, Cape Shmidt, Severnaya Zemlya, Tiksi and more.

The base in Tiksi is the latest of the military structures in the region. It houses the Northern Fleet’s 3rd Air Defense Division.

According to Aleksandr Moiseev, the first parts of the new base is now in operation. The air defense unit is on site and undergoing training to fulfill their mission to protect the air space of the Northern Sea Route, the head commander says.

The new base was recently visited also by Aisen Nikolayev, the regional governor Yakutia. Leader of 3rd Air Defense Division Sergey Denisov told the regional leader that the new Tiksi base will include a total of 11 buildings that all are interconnected with corridors and passages.

The local dormitory that has space for 100 servicemen, the regional government informs. Construction works on site are still ongoing.

«There was a time when there were questions raised about the liquidation of the military units based in Tiksi, but now the village is again becoming a base point for the Russian Armed Forces,» Governor Nikolayev says.