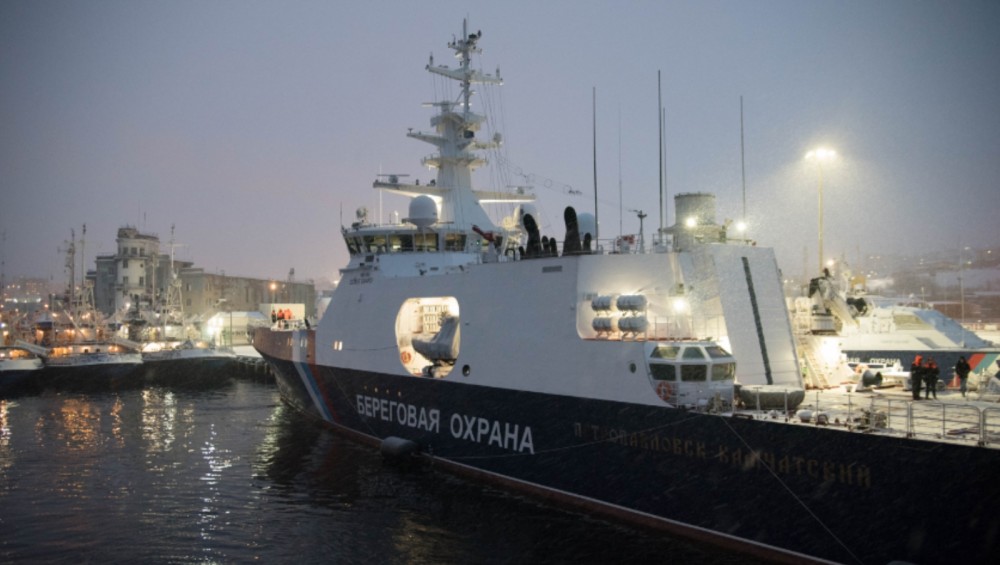 The "Petropavlovsk-Kamchatsky" will improve search- and rescue capabilities in Russia’s western Arctic region.
Read in Russian | Читать по-русски
By

The vessel arrived to Murmansk this week and will have the border administration’s facilities in the Kola Bay as homeport.

In Russia, it is the FSB that is in charge of both the land borders and coast guard patrols.

“Petropavlovsk-Kamchatsky” is the second vessel in the Project 22100 Okean class patrol ships, similar to the “Polyarnaya Zvezda” that was commissioned in 2016.

The ship features modern stealth design, can sail in up to 80 cm thick ice and has a displacement of 2700 tons. It is armed with one AK-176M 76 mm gun for surface or air targets and two 14,5 mm machine guns.

In the stern, the ship has a hangar and helipad for one Ka-27 helicopter.

FSB border guards writes in a press release that the new ship is designed to patrol on long voyages in open ocean and coastal areas where it can counter terrorist threats, participate in rescue operations and function as a fire-fighting vessel.

One more ship of the class, the “Anadyr”, is launched from the shipyard, but not yet in service.

The FSB coast guard service for the western Arctic waters has got many new ships over the last decade, including the Project 22120 Purga class (photo below) which also has a ice-strengthened hull. Two ships of the class are based in Murmansk.