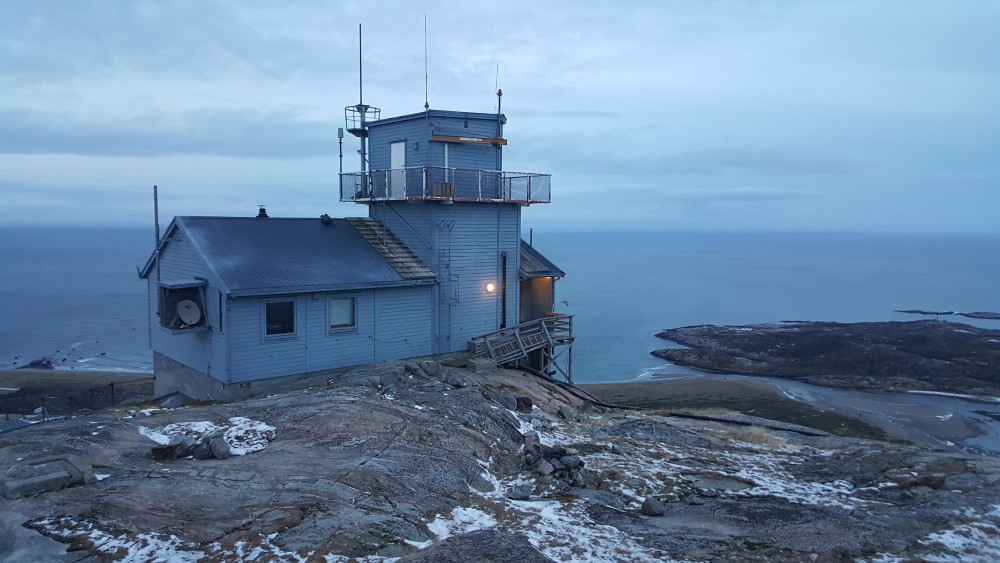 With the Fishermen Peninsula and the Barents Sea in the background, Observation Post 247 is the northernmost watch-out on Norway's border to Russia. Photo: Thomas Nilsen

It is the Norwegian Intelligence Service that on Friday reports about the disturbances.
Read in Russian | Читать по-русски
By

The radio- and radar disturbances seen in Finnmark are most likely not intended but a side effect of the Russian Northern Fleet’s testing of the radio-technical armament of its latest frigate currently going on in the Barents Sea, according to the Norwegian intelligence service, NTB reports.

No details are given on which Norwegian radar(s) are affected or on which frequencies radio signals are disturbed.

Per Eirik Heimdal with the Norwegian Communication Authority says to Aftenposten that the disturbances are measured near Kirkenes and are coming from 60 degrees to the northeast. From Kirkenes, that would be the Barents Sea north of and along the coast of the Kola Peninsula.

Heimdal says there are general noise “over a large frequency field”, but the agency has so far not been able to identify a clear picture of the radio disturbances.

He underlines that there are no reported trouble from aviation authorities or others that depend on GPS signals.

On Wednesday, the press-service of the Northern Fleet announced the departure from Severomorsk by “Admiral Kasatonov”, the second new frigate of Project 22350.

It is normal to check any new navy vessels’ armament and warfare systems before the vessel is officially handed over to the navy.

Weapons testing on board “Admiral Kasatonov” started on November 20th in the White Sea when both Calibr and Onyx cruise missiles were test-fired.

After the White Sea testing period, the vessel sailed north to her new homebase in Severomorsk on the Kola Peninsula.

The on-going radio-technical armament checks includes fly-overs by various types of aircraft from the Northern Fleet as well as the air defence forces along the coast of the Kola Peninsula.

In May, the Barents Observer reported about Russia’s new systems for radio-electronic warfare installed along the country’s Arctic coast and how they are able to jam foreign ships and aircrafts thousands of kilometres away.

Norway and Russia share a 200 km long land border and maritime border in the Barents Sea all north to beyond the waters between Svalbard and Franz Josef Land in the Arctic.