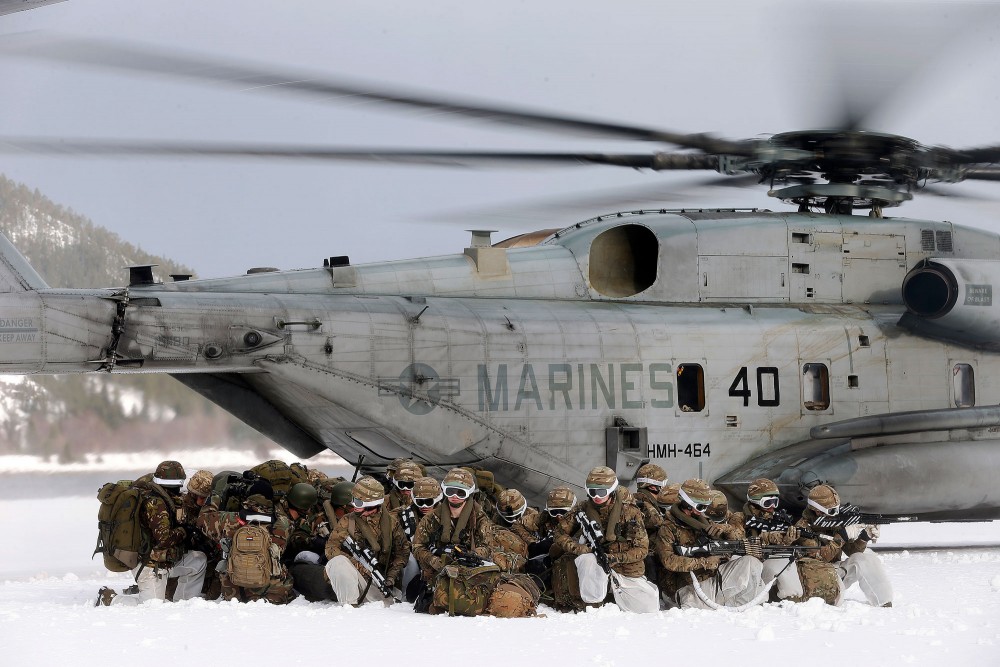 U.S. troops will take part in Cold Response, the Norway-led winter drills, but with substantially fewer soldiers than originally planned.
Read in Russian | Читать по-русски
By

Less participating U.S. troops was first reported about by the newspaper Fremtiden.

The tense relations with Iran has consequences also for many of the Americans that currently serve in northern Norway, Moen confirms to the broadcaster.

The Cold Response has been held every other year since 2006. This year’s exercise will be held mainly in the southern part of region Troms and Finnmark, the Norwegian Armed Forces say.

The distance to the Russian border is several hundred kilometers.

The exercise is to enhance the ability of allied troops to carry out joint multinational operations in an environment of high-intensity battle and challenging winter conditions. It also include a high focus on landing operations with marine forces making it to land with landing ships and helicopters to attack enemy positions, the military organizers from the Norwegian Armed Forces’ operational headquarters say.

Cold Response 2020 was thought to become the biggest ever of the bi-annual exercise. However, without the Americans, this year’s drills will not be as extensive as planned.

Joint allied training in northern Norway has over the years intensified. Several NATO countries regularly train their troops in north Norwegian facilities and the U.S. has a permanent rotating unit of up to 700 men in the area.

In 2019, Norway hosted the Trident Juncture, a major NATO exercise that included more than 50,000 soldiers from 31 countries.

«For 2020, Norway focuses on exercise Cold Response and participation in the Swedish exercise Aurora 2020, and therefore has little capacity to participate in any of the exercises in the U.S. Defender 2020 campaign plan,» says spokesperson for the Ministry of Defense, Per-Thomas Bøe told the Barents Observer.

UPDATE: This article was updated on January 18. The previous text gave an impression all US troops would be withdrawn, which was not correct.