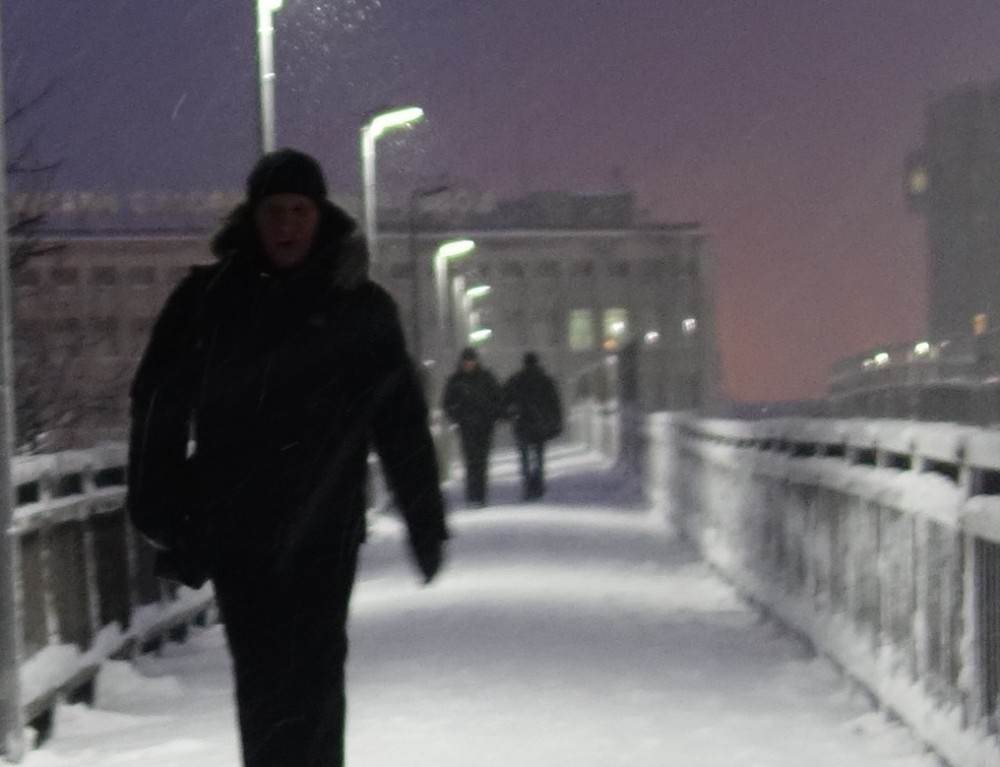 The annual speech of President Putin to the Federal Security Service for the first time did not reveal the number of Russians and foreigners nabbed for espionage.
Read in Russian | Читать по-русски
By

It is a carefully developed tradition that Vladimir Putin each early winter pays a visit to the headquarters of the Federal Security Service. In the same shabby, colorless and Soviet-style conference hall, the President addresses his entrusted security agents and sums up their latest achievements.

The president, who repeatedly has expressed pride over his background in the secret services, is greeted warmly by FSB Director Aleksandr Bortnikov and his fellow servicemen.

This year, Putin enlisted a number of the same points as in his many previous speeches. He praised the Service for its fight against extremism and terrorism and called on them to step up their anti-corruption efforts.

He also announced a continued push to strengthen the country’s Border Service, a branch unit under the FSB. The infrastructure along the country’s vast national border is now almost 70 percent completed and the re-equipping of the border forces has reached 80 percent, he said and added that only 10 percent of border guards applied modern equipment in 2003.

Putin also stressed that counter-intelligence remains a crucial part of FSB’s activities and that «figures show that the activity level of foreign special services in our country does not decline.» He highlighted the important work of the Service to protect information about new weapon systems.

But the state leader did not reveal any information about the number of people caught over the last year in espionage. In all previous speeches, the President has highlighted the number of alleged spies. And their numbers have increased year by year.

In his meeting with the FSB officers in early March 2019, Putin praised their revelation of as many as 129 staff workers in Russia and 465 foreign special service agents nagged in espionage. That was a significant increase from the previous year when the number was respectively 72 and 397 espionage cases.

It is unclear how many espionage cases there were in Russia in 2019. Similarly unknown is the reason why Putin did not mention any figures in this year’s speech.

Members of the FSB have over many years been under pressure to catch more spies and their hunt for foreign agents have by some been seen as outright spy-mania.

In 2017, the FSB caught Norwegian citizen Frode Berg in downtown Moscow and later sentenced him to 14 years for espionage. He was released as part of a spy-swop in November 2019.

According to Vladimir Martynenko, there is clearly a spy-mania going on in today’s Russia. And the ones caught are often completely innocent. Martynenko, who himself served more than 4 years in prison on espionage changes, told the Barents Observer that the Russian security service is master at inventing charges and fake indictments.

«You know, the FSB is not itself able to grab the real spies, so it invents spies in order to justify its own existence and high salaries.»

The number of people working for the Russian secret services have over the years significantly increased.

«These people have to do something, and what can they do? They have to detain someone, find spies. And if they do not find anyone, they have to invent some,» he told the Barents Observer.

Vladimir Martynenko worked as professional singer in Murmansk and traveled extensively abroad. He refused to cooperate with the FSB and was subsequently himself detained and arrested for alleged espionage for China.

«They arrested me as a revenge for my rejection to cooperate,» Martynenko says. «The FSB never forgives such».