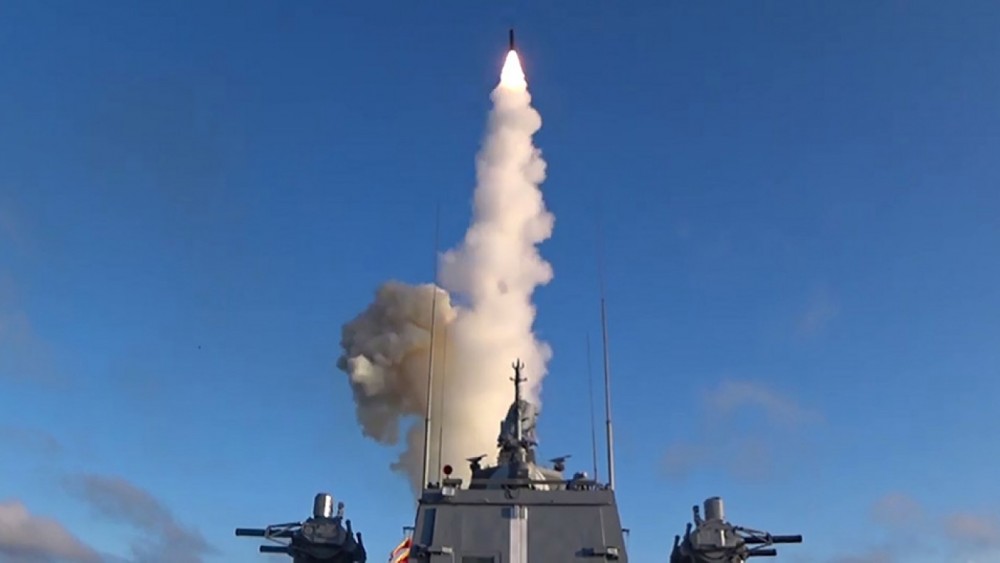 Putin has said the Tsirkon ground- and sea-based hypersonic rocket can fly at nine times the speed of sound and hit underwater and ground targets more than 1,000 kilometers away. Photo: Russian Ministry of Defense

President Vladimir Putin, who confirmed the Tsirkon’s development last year, has warned that Russia would be forced to place hypersonic nuclear missiles on submarines near U.S. waters in response to arms-control tensions. The United States dismissed Putin’s warnings as disingenuous propaganda.

“The Admiral Gorshkov [guided missile frigate] test-launched the Tsirkon missile in early January from the Barents Sea on a ground target at a military range in the northern Urals,” one source told TASS.

The news agency’s other source said that more sea launches are planned this year for the Tsirkon, which flew a distance of more than 500 kilometers.

The source said that the Tsirkon missiles will be test-launched from nuclear submarines after the Admiral Gorshkov tests are completed.

The head of Russia’s state-owned United Shipbuilding Corporation had said in December that the Tsirkon will be deployable on all advanced Russian ships currently under development, according to TASS.

The Tsirkon program began in 2011 and entered the active testing stage in 2015. Previous reporting has suggested that the Tsirkon test trials in 2012 were held on board the Tu-22M3 bomber.

Putin has said the Tsirkon ground- and sea-based hypersonic rocket can fly at nine times the speed of sound and hit underwater and ground targets more than 1,000 kilometers away.