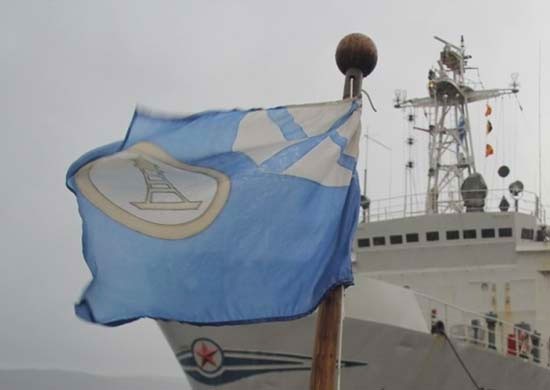 It is now considered as one of the best equipped research and survey ships in the Russian Navy.
Read in Russian | Читать по-русски
By

The “Romuald Muklevich” has been under reconstruction and upgrade at the Kronstadt Yard in St.Petersburg since 2016. It is now on its way north to its home base in the Kola Peninsula, the Northern Fleet informs.

After the modernization, the ship is reported to have become the most modern and best equipped research and survey vessel in the Northern Fleet.

It has a multi beam acoustic sounder with extended features compared with previous generations of the equipment. With the equipment, the “Romuald Muklevich” is capable of not only conducting a full range of Arctic marine research, but also engaging in search of sunken objects on the sea bottom and mapping of the seabed, the Navy says.

The 85 meter long ship is expected in Northern Fleet headquarters Severomorsk in the first days of May. Immediately upon arrival, it will undergo a series of anti-epidemic measures aimed at preventing spreading of the COVID-19, Navy representatives say.

The ship was originally built in Gdansk, Poland, in 1991. It will join the fleet of naval research and survey vessels operating in the Russian North, among them the “Vizir”, “Gorizont” and “Senezh.