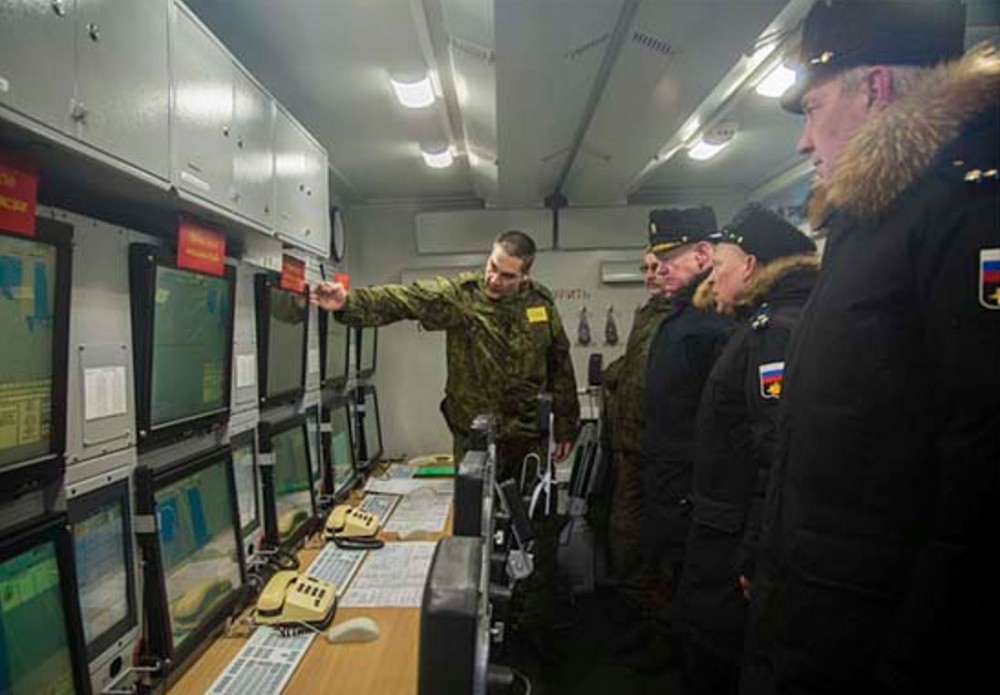 The S-300 missile complex is now operational in Tiksi, the Northern Fleet informs.
Read in Russian | Читать по-русски
By

The surface-to-air missile complex has been deployed on site to protect the air space of the Russian Arctic and Northern Sea Route against enemy aggression, military representatives made clear during a high-rank visit to the new base this week.

It was Northern Fleet Lieutenant General Aleksandr Otrakovsky that headed the delegation that had traveled to the remote Arctic base located on the coast of the Laptev Sea. Otrakovsky leads the Northern Fleet’s air force and air defense divisions.

The S-300 is by many regarded as one of the most potent anti-aircraft systems ever developed. It is the predecessor of the newer and more advanced S-400, a system that has been deployed several places across the Russian Arctic, including in Novaya Zemlya and the Kola Peninsula.

At least four S-300 missile complexed have been deployed in Tiksi, photos from site indicate.

This week’s ceremony in Tiksi also marked the official deployment of radio-technical units that are to assist aviation operating in the region.

The base in Tiksi is the latest of Russia’s new military strongholds in the Arctic.

The establishment of the garrison was announced by then Northern Fleet Head Commander Nikolay Yevmenov in September 2018.

The complex includes 11 objects, among them a dormitory, an administrative building, a diesel-run power station, water and fuel reservoirs, cantina, garages and more. All the buildings are interconnected with each other, enabling easy passage between the facilities. Similar base complexes have previously been built in the archipelagos of Franz Josef Land and the New Siberian Islands.

Over the last year, weaponry has been delivered to the remote base.

In the course of 2019, several ships delivered goods to Tiksi, among them the nuclear-powered container ship «Sevmorput»,.

The new Tiksi garrison is reported to house 100 soldiers and be part of the Northern Fleet’s 45th Army. It will include anti-air forces, among them radio-technical and anti-aircraft units.