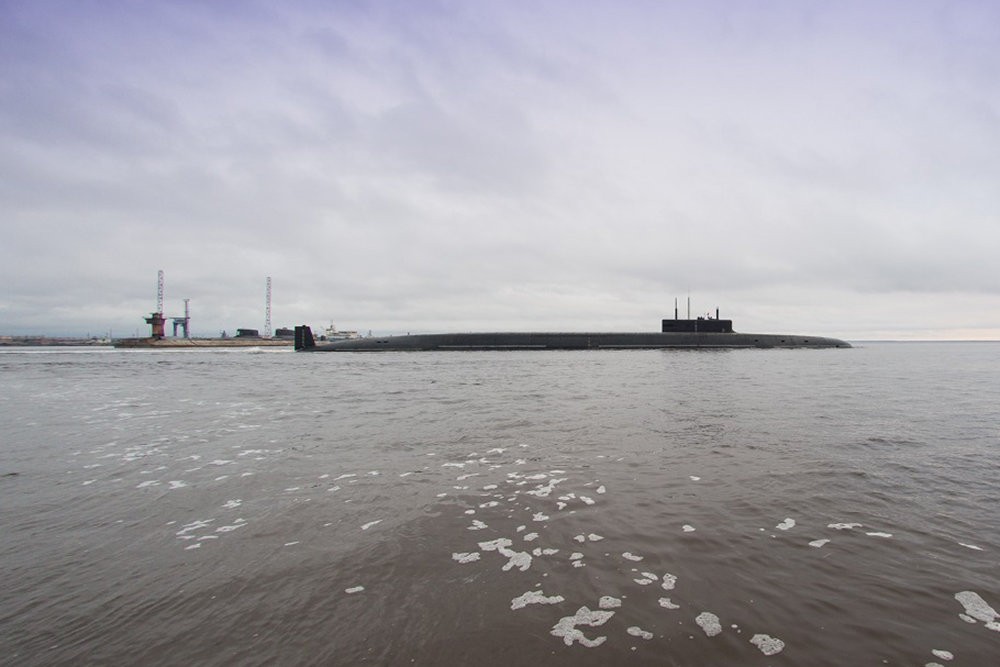 "Knyaz Vladimir" is currently sailing the White Sea on finale stage of sea trials.
Read in Russian | Читать по-русски
By

Long delayed, but soon to come. The Russian navy’s first upgraded Borei-A class ballistic missile submarine is expected to be transferred from the shipyard in Severodvinsk to its new home base on in Gadzhiyevo on the Kola Peninsula in early summer.

Since May 12, the crew have been at sea, conducting maneuvering checks and other final approving tests, the press service of the Northern Fleet reports. The tests will take place both in surface position and submerged.

Originally, the vessel was set to join the navy in 2017. Technical problems, however, delayed both the construction and the commissioning. Last fall, the plan was to deliver the submarine by year-end, as the Sevmash yard in Severodvinsk celebrated its 80th anniversary. Further troubles, though, caused further delays.

“Knyaz Vladimir” will be the first new ballistic missile submarine delivered to the Northern Fleet since January 2013, when the first of the Borei-class, the “Yury Dolgoruky” entered service.

In significantly difference to the “Yury Dolgoruky”, the “Knyaz Vladimir” has another looking exterior. The tower doesn’t have the front overhang, the bow is more streamlined and the superstructure of the hull is changed. The biggest differences, however, are likely inside where more of the control room and steering gear are computerized.

As soon as the tests are completed, the question about transferring to the permanent base of the  Northern Fleet will be resolved, the navy statement says.