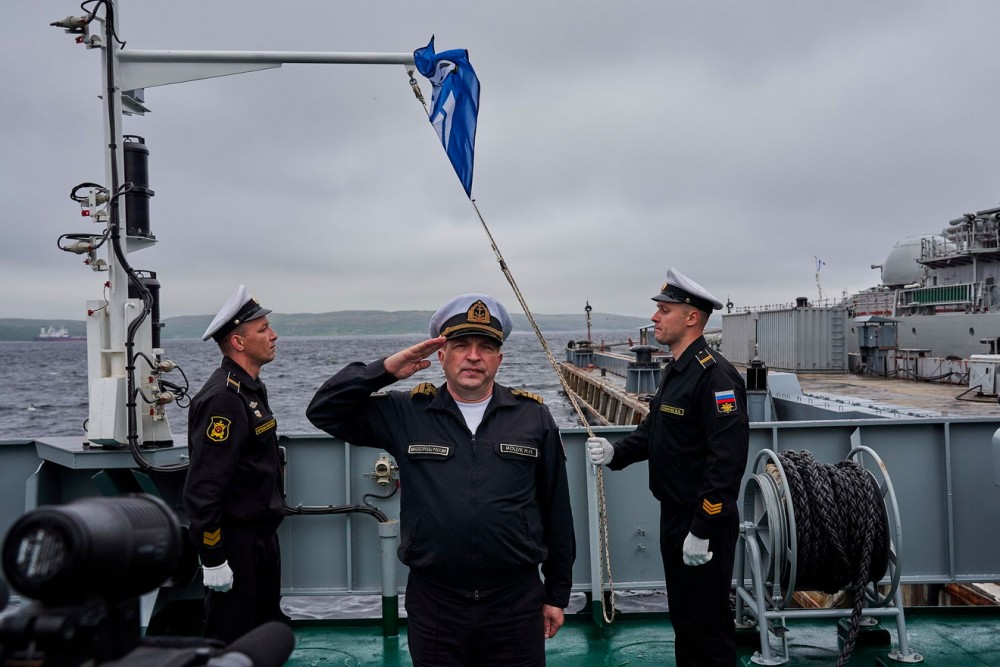 The "Nikolay Skosyrev" is to survey Arctic waters.
Read in Russian | Читать по-русски
By

The ship is the first new vessel of the kind incorporated in the Russian Northern Fleet in more than 20 years, the Navy informs.

In a flag-raising ceremony on the 27th June, the  “Nikolay Skosyrev” was officially included in the Navy’s Hydrographical Service. Its main task will be to conduct hydrographical surveys and marine piloting in northern waters.

The 59 meter long vessel with a 1000 ton deadweight is built at the Vympel Yard in Rybinsk, the central Russian city located on the Volga river. It has three sister ships, serving in the the Baltic Fleet and the Pacific Fleet respectively. Another seven vessels of the kind (Project 19910) are under construction.

In his speech delivered at the flag-raising ceremony, Northern Fleet Head Commander Aleksandr Moiseev underlined that he has great hopes that the ship crew will provide a decent contribution to the country’s development of the Arctic.