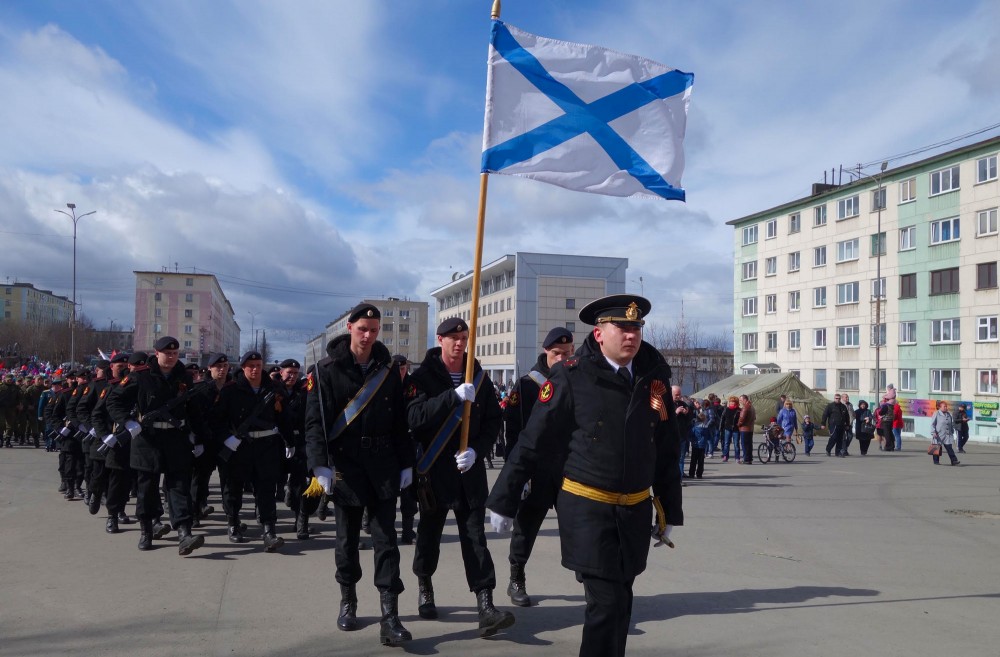 Construction works in the border town of Zapolyarny are making way for the deployment of the Rezonans-N system.
Read in Russian | Читать по-русски

The town located only few kilometers from the border to Norway and Finland is getting a new white cupola built by the Russian Armed Forces to protect against supersonic attack.

The Rezonans-N system is believed to be capable to discover aircraft and low-observable cruise missiles that fly 20 times the speed of sound.

According to Ivan Nazarenko, head of military research center Rezonans, ground works in Zaployarny have started. It is Rezonans that has developed the radar system.

The radar complex will be the 5th of its kind installed in the Russian Arctic. From before, the Rezonans-N is in operation in Cape Kanin and Varandey on the Pechora Sea coast.

In late 2019, a similar radar was erected in Novaya Zemlya, but this complex is not yet in operation, Nazarenko told TASS.

A Rezonans-N radar is also under construction in Gremikha, on the coast of the Kola Peninsula. This complex has already been handed over to the Russian Armed Forces and will come into operation no later than December this year, Nazarenko explains.

Sources in the Russian General Staff have previously indicated that five more systems of the kind are to be deployed along the country’s Arctic coast, in the area between Novaya Zemlya and the Bering Strait.

According to the developers, the Rezonans-N can spot aerodynamic targets at up to 600 km distance, while ballistic missiles can be discovered from 1200 km.

The town of Zapolyarny is located on the westernmost edge of the Kola Peninsula, only a short ride from the state border to neighboring Scandinavia. It has a population of about 15,000 and is the biggest town in the municipality of Pechenga.

This is home ground for Nornickel, the mining and metallurgy company that employs most local. Nearby are several military bases and units, including the 61st Naval infantry brigade and the 200th Motorized Rifle Brigade in Pechenga. Over the last years, the area has seen a significant upgrade in military capacties, that include the deployment of the missile system Bal in peninsula Rybachi and the surface to air system Tor-M2DT.