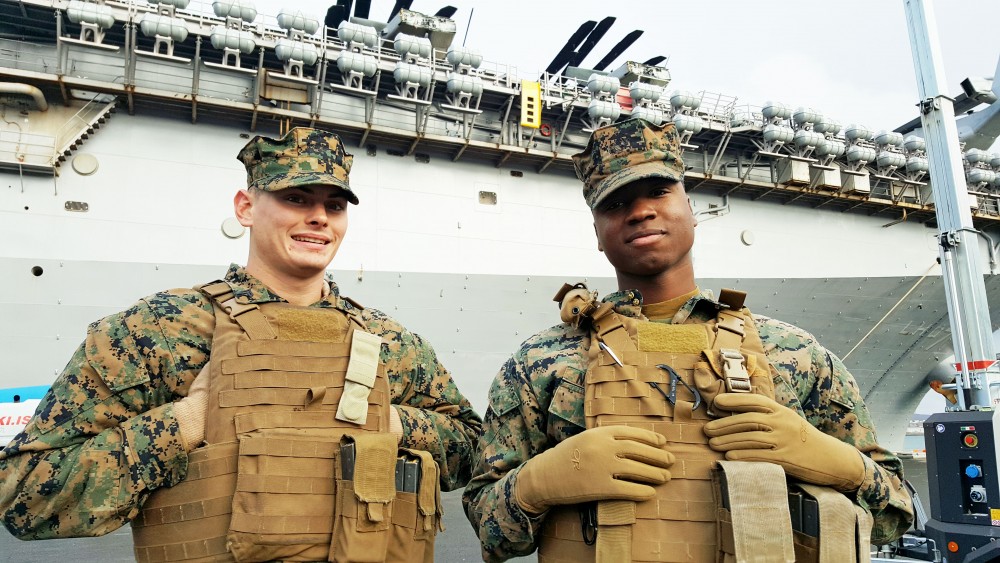 U.S. wants to keep the Arctic an area of low tensions, top official

The United States wants to keep the Arctic an area of low tensions, Washington’s newly appointed Arctic coordinator said Wednesday even as he warned of growing big power rivalry in the region due to climate change and conflicting geopolitical interests.
Read in Russian | Читать по-русски

Speaking to reporters via teleconference call barely a week after his appointment, James DeHart, struck an unusually cooperative tone even as he portended that years from now the summer of 2020 will be seen as a pivotal moment in the U.S. Arctic policy.

“Our objectives for the region are that it be peaceful and an area of low tension, and that there be close cooperation among the nations of the Arctic,” DeHart said in his opening remarks.

“We want to see economic growth and development in a way that is supportive of local communities, including the Indigenous communities of the region, and in a way that is environmentally sustainable, that respects principles of good governance and transparency.”James DeHart, U.S. Arctic coordinator

DeHart’s tone was in sharp contrast to the more assertive and at times almost belligerent tone of his boss, Secretary of State Mike Pompeo, who stunned observers during an Arctic policy speech in Finland last year by tongue-lashing China and Russia and their policies in the Arctic.

DeHart, a career diplomat with extensive experience in global defence and security issues, has stepped into a position that was left vacant for nearly three years after retired U.S. Coast Guard Admiral Robert Papp left office in early 2017.

His appointment should be seen in the context of several recent diplomatic and defence moves by Washington to shore up its interests in the Arctic, DeHart said.

Over the last couple of months, the U.S. has launched a comprehensive and integrated diplomatic approach and engagement in the Arctic, he added.

That includes the memorandum issued by the White House on June 9 that has set in motion the development of a fleet of Arctic icebreakers by 2029, DeHart said.

The State Department has opened a U.S. consulate in Nuuk, Greenland, DeHart said, adding that it is a significant development given the finite diplomatic resources at Washington’s disposal.

Pompeo visited Denmark less than two weeks ago, where the Arctic was an important part of discussions with Danish officials, he said. Pompeo also had a separate quadrilateral meeting that included ministers from Greenland and the Faroe Islands in addition to U.S. and Danish officials, DeHart said.

The U.S. Air Force also released its Arctic strategy in July, he added.

“In a few years people will look at this summer and see it as an important pivot point, a turning point with a more sustained and enduring attention by the United States to the Arctic region.”James DeHart

This renewed interest in the Arctic is driven by two main factors, he said.

“First, we’ve seen and we’re seeing really pretty dramatic environmental changes throughout the region and changes that are creating a lot of difficulties for local communities in the region, but also make the Arctic more accessible and open up new possibilities for resource extraction, seabed mining, tourism, transit routes and so forth.”James DeHart

The second factor driving the renewed U.S. interest in the Arctic are the geopolitical changes taking place in the region, he said.

“And when you look at how China has approached investment and commercial activities in other parts of the world, I think we have to be very cautious and guarded in terms of what this could mean for the very high standards of governance that we all want to see in the Arctic region.”James DeHart

Limits of Moscow’s partnership with Beijing

At the same time, DeHart offered a much more nuanced view of Russia-China cooperation in the Arctic.

Moscow and Beijing are cooperating more on a tactical level than on a strategic level in the Arctic, DeHart said.

“These are two countries that have some different interests there: Russia being an Arctic nation and I think protective of its status as an Arctic nation, and China seeking to play a bigger role,” DeHart said.

He also disputed an assertion by Chinese officials that China is a “near-Arctic” state, adding that “the closest part of China to the Arctic is about 900 miles away.”

“They are not part of the Arctic and I’m not sure that Russia necessarily wants to embrace a comprehensive Chinese role in the Arctic,” DeHart said.

“I see some differences I guess in their respective interests that could pose some constraints on their cooperation in the long term.”

In the meantime, the U.S. continues to closely watch Russia’s growing military presence in the Arctic, DeHart said.

“We have to be aware of that and we want this to be a region of cooperation in the realm of science, search and rescue, and education, but we recognize also the Arctic is NATO’s northern flank. And so we look at the region through that lens as well.”James DeHart

DeHart, whose State Department résumé includes a stint as a senior adviser for security negotiations and agreements and two postings to Afghanistan, as well as a posting in Norway, said one of his first priorities would be to get to know better U.S. Arctic allies, including Canada.

He dodged a question about U.S.-Canada differences in the Arctic, when asked to comment on the maritime boundary dispute in the Beaufort Sea and other contentious issues between the two neighbours.

“We have such a broad and good relationship with Canada over so many different areas and the Arctic is one of those,” DeHart said. “One of my priorities here is to make sure that I’m fully understanding the Canadian perspective on the Arctic early in my tenure here.”