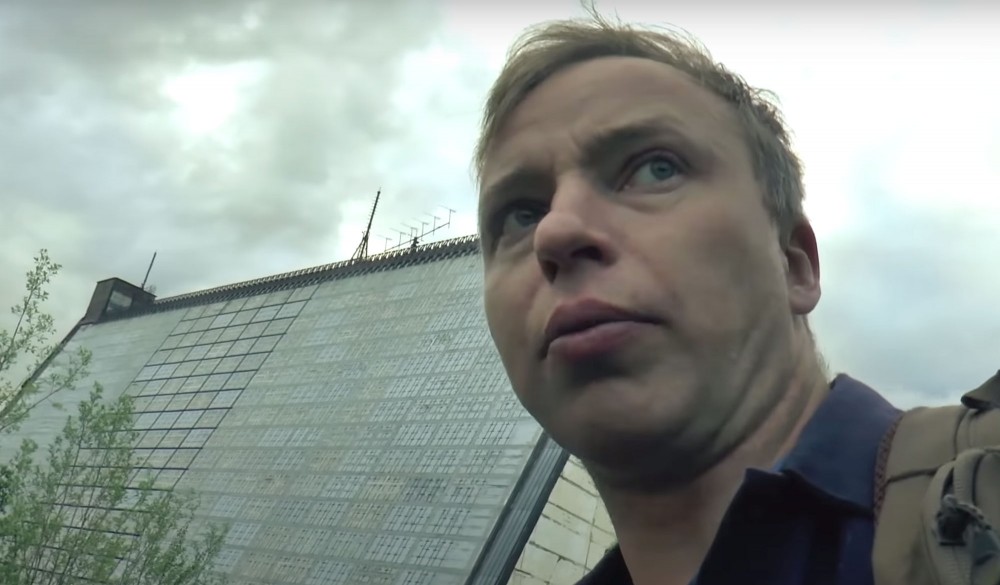 In 2019, Andrey Pyzha made it unnoticed into the radar complex in Olenegorsk, Kola Peninsula: Photo: screenshot from video

Andrey Pyzha was detained only few days after a visit to the Kola Peninsula.
Read in Russian | Читать по-русски
By

The 35-year old blogger known for his stunts and visits to abandoned industrial objects was on the 5th August nabbed by police and put in two-month custody.

The detention was made on request from the Federal Security Service (FSB), a spokesperson for the Meshchansky Court in Moscow confirms to Open Media.

Pyzha is reportedly charged for having revealed state secrets and face prison for up to eight years.

Over several years, the blogger has published a big number of intriguing reports from abandoned industrial sites and objects, several of them located in the Russian North. The YouTube channel Urbanturizm now has more than 780,000 followers.

The detention comes only about two weeks after Pyzha’s return from the Kola Peninsula where he made a story from the Rybachii Peninsula, an area located only few kilometers from the border to Norway and Finland. Previously, he has reported also from the towns of Kovdor in Murmansk region and Chupa in Karelia. He has also published a movie about nuclear icebreakers.

But it is the report from Olenegorsk and the partly closed Dnepr-M radar complex that is probably the most intriguing of Pyzha’s stories from the north. In the film, published in October 2019, the blogger makes it unnoticed into the once key strategic object the Kola Peninsula. He finds a facility that is in a dire and dilapidated condition.

Only parts of the radar complex is now in operation, the report shows. The whole site is expected to be closed and abandoned as soon as a major new Voronezh-VP radar complex is completed in the region.

However, according to Pyzha’s lawyer, it is not the report from the closed military town of Olenegorsk, nor any other of the videos, that is reason for the arrest.

“I can not reveal any details, I have signed a pledge of non-disclosure, this case is classified. [But] It is not not about his blog, nor about any of the movie clips that have been published,” lawyer Aleksey Khalsov says to Open Media.

Andrey Pyzha is from St.Petersburg but was detained in Moscow. His latest video was published on the 2nd August and is about the situation in Belarus.