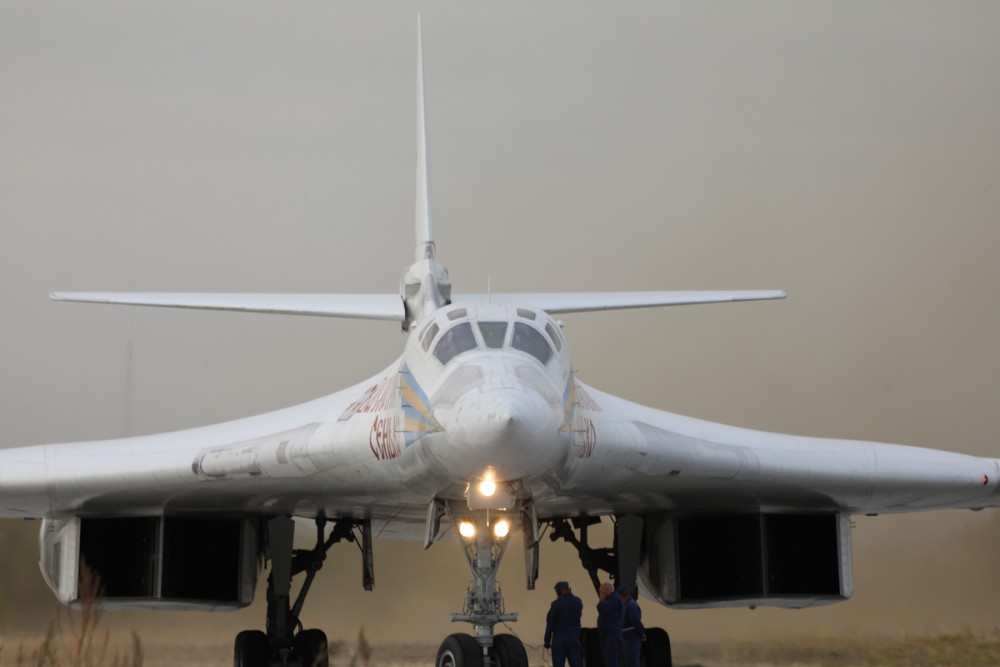 The two Tu-160 bombers took off and landed at Engels airbase near Saratov in southern Russia. Photo: Russian Defence Ministry

The 20,000 km long flight took place from the Engels air base in southern Russia, via the Barents Sea to the central part of the Arctic Ocean, over the Northern Sea Route towards the Pacific with return over Siberia back to the airport.
Read in Russian | Читать по-русски
By

World record for this type of aircraft, according to the Defense Ministry.

The two Tu-160 supersonic long-range bombers made three mid-air refueling from six Il-78 tanker planes during the 25 hours flight. After flying north to the Barents Sea and the central Arctic Ocean, the plane flew over the Kara, Laptev, East Siberian and Chukchi Seas as well as the Pacific Ocean in Russia’s Far East.

For parts of the flight, the bombers were followed by Su-35 fighters. The Defense Ministry in Moscow also confirms that foreign aircraft followed the planes for part of the route, but did not specify the origin of the foreign planes.

The Russian planes, flying in international airspace, were in the zone for approximately four hours.

The previous record with Tu-160 aircraft was set in June 2010, when the duration lasted for 24 hours and 24 minutes.