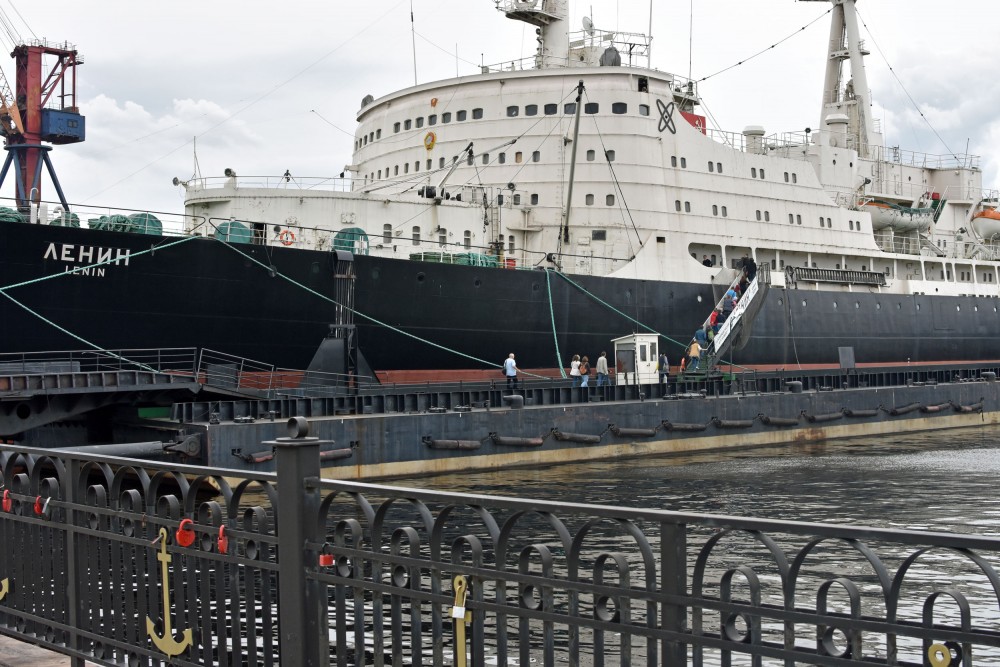 K-3 was supposed to be moored at the same pier as the Soviet Union's first nuclear-powered icebreaker Lenin which serves as a museum in Murmansk. Photo: Thomas Nilsen

First nuclear submarine will be museum in St. Petersburg, not next to Lenin in Murmansk as planned

A decision is taken to place K-3 "Leninsky Komsomol" on exhibit at the coming Museum of Navy Glory in Kronstadt outside St. Petersburg.
Read in Russian | Читать по-русски
By

It is the press service of Nerpa shipyard on the Kola Peninsula that confirms to TASS that the decision was taken after a meeting with the technical management of the navy, the design bureau and the non-profit organization planning the museum in Kronstadt.

With the move, it is clear that the previous plan on mooring the submarine at the pier next to Lenin icebreaker in the central harbor of Murmansk is cancelled.

First put on water more than 60 years ago, the K-3 was the Soviet Union’s first nuclear-powered submarine. Based in Zapadanya Litsa and sailing for the Northern Fleet, the sub became the first Soviet vessel to reach the North Pole under water. That happened in June 1962 , four years after the U.S. navy sub “Nautilus“  accomplished the first ever under-ice voyage to the North Pole.

Powered by two water-cooled reactors, the K-3 became a famous symbol for the Soviet underwater warfare capabilities, but the submarine also wrote itself into history for several malfunctions and a terrible lethal fire. 39 of the crew died in the fire that started on September 8, 1967 while transiting the Norwegian Sea.

Despite sever damage to the interior caused by the fire, the sub was repaired and put back into service again.

The submarine is floating on the water at the shipyard and visible on Google Earth satellite images.

K-3 “Leninsky Komsomol” will now be restored and prepared for shipping to Kronstadt with a plan to open the exhibit for visitors to enter the submarine by 2023.