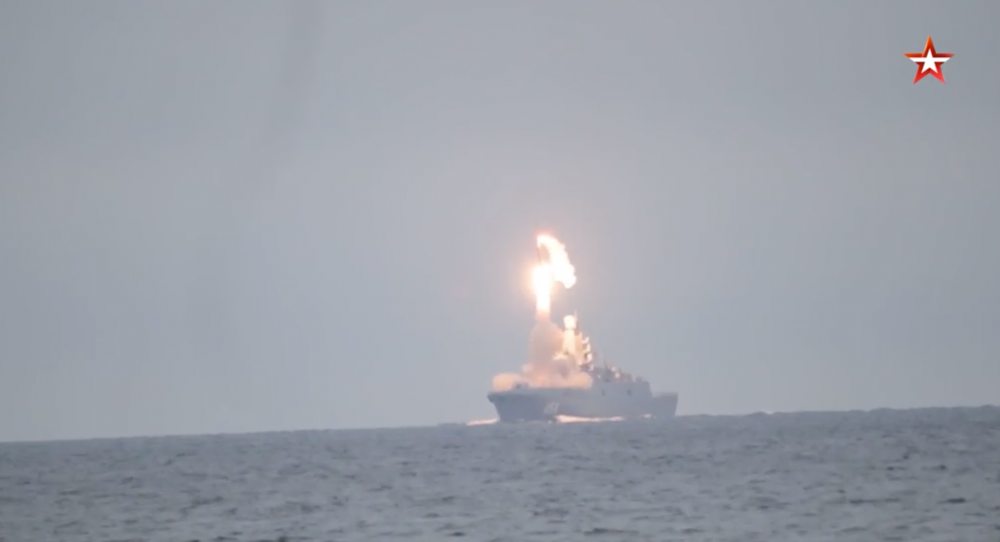 Screenshot from video by TV Zvezda

The Tsirkon missile was launched from the White Sea, hit a naval target in the Barents Sea, and reached a speed of Mach 8.
Read in Russian | Читать по-русски
By

It was a direct hit at the sea target, military TV channel Zvezda reports.

The Defense Ministry has posted a video of the missile launch showing Admiral Gorshkov sailing speedily at the time of launch.

The Tsirkon missile (3M22) was flying at a maximum altitude of 28 km over the Kola Peninsula before the target hit, located at a range of 450 km from the launch position. Mach 8 is eight times the speed of sound.

A blogsite monitoring maritime warnings issued by Murmansk- and Arkhangelsk port authorities has identified the closed-off zones in the Barents- and White Seas for the period of the Tsirkon test.

The 3M22 Tsirkon cruise missile (NATO name SS-N-33) is a scramjet-powered anti-ship hypersonic cruise missile to be onboard both submarines and surface warships of the Russian navy.

Admiral Gorshkov first time test-launched the missile in January this year, from a position in the Barents Sea to a target inland in the Komi Republic.